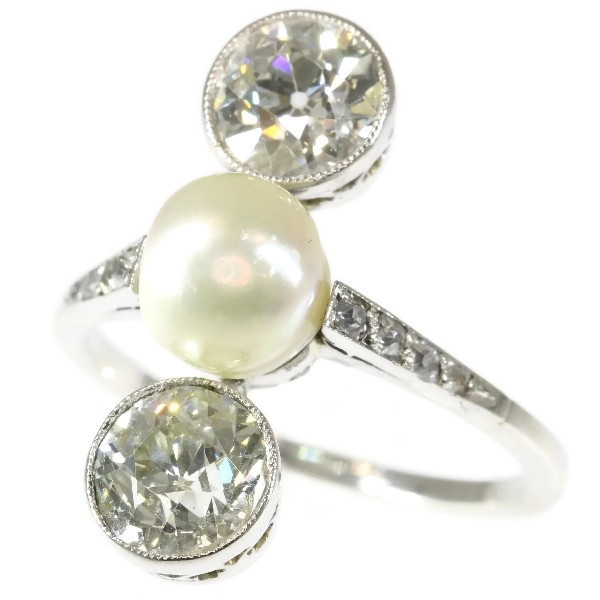 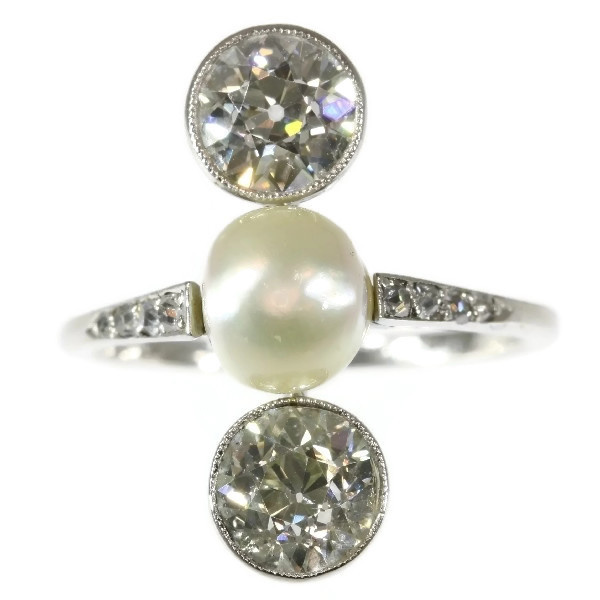 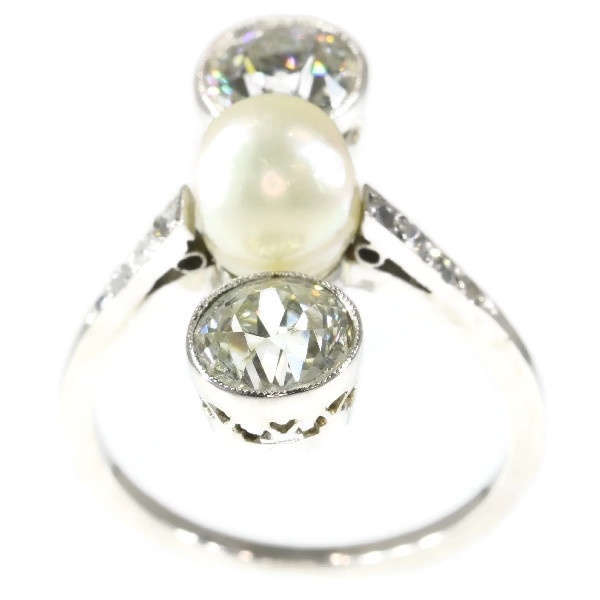 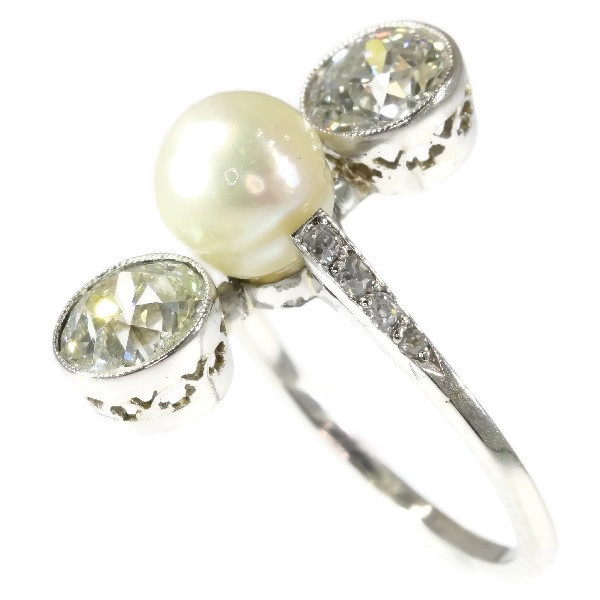 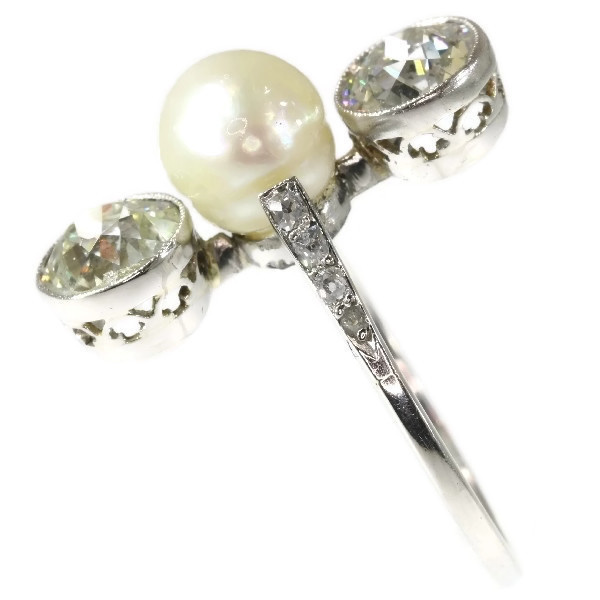 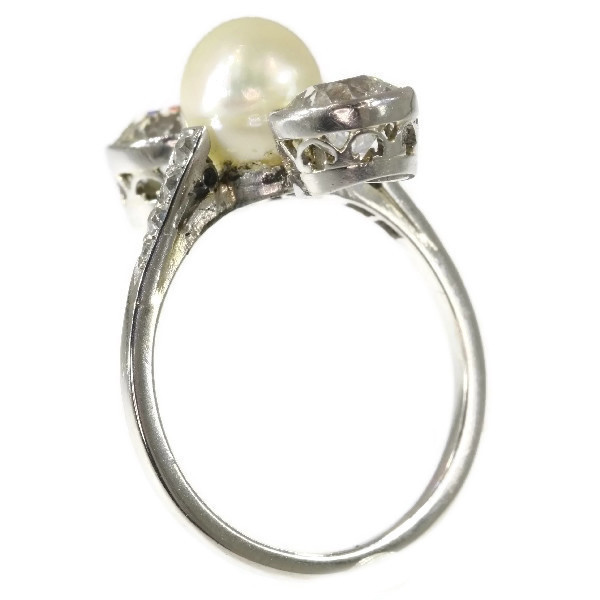 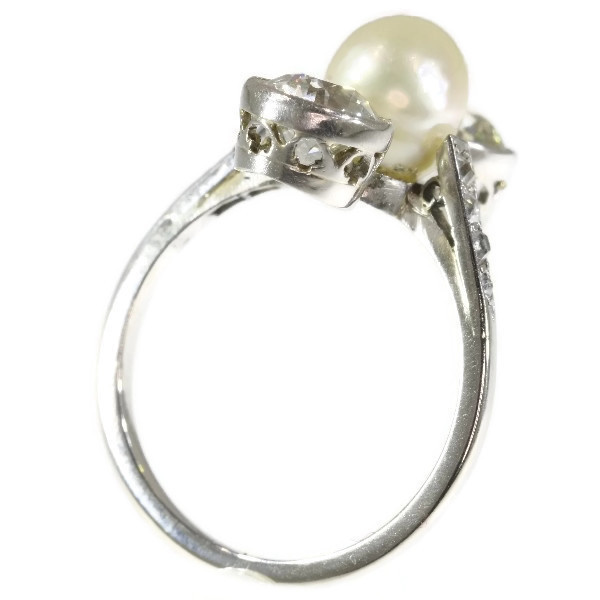 This platinum Art Deco inline ring is more than meets the eye.

The gleam of this natural pearl in its vertical sequence of two old brilliant cut diamonds shows the star alignment of a union meant to be.

However, no matter how this all may seem predestined and decently in line, with an antique piece like this you will always stand out.