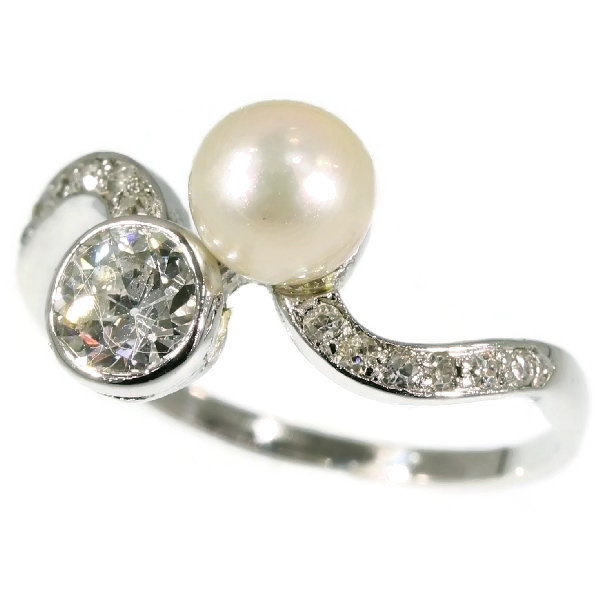 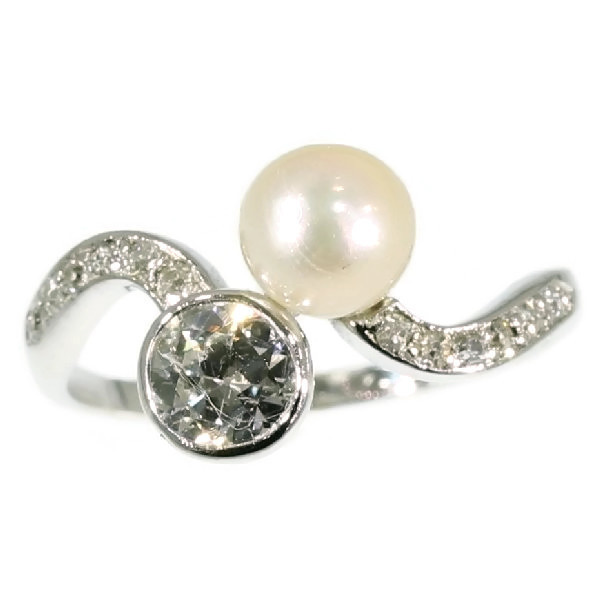 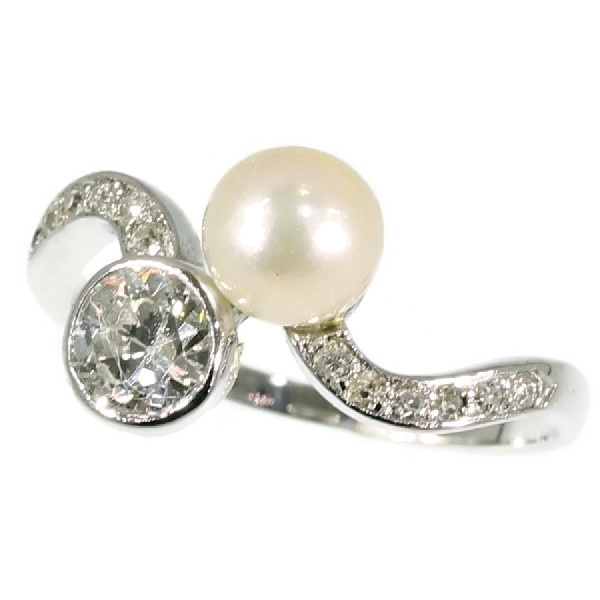 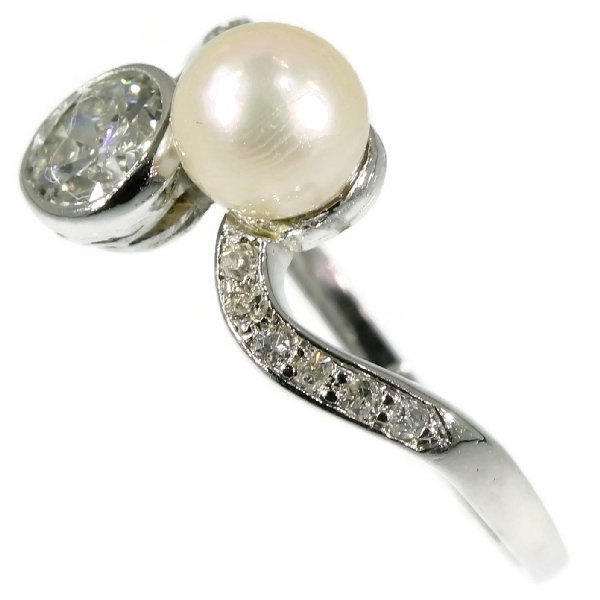 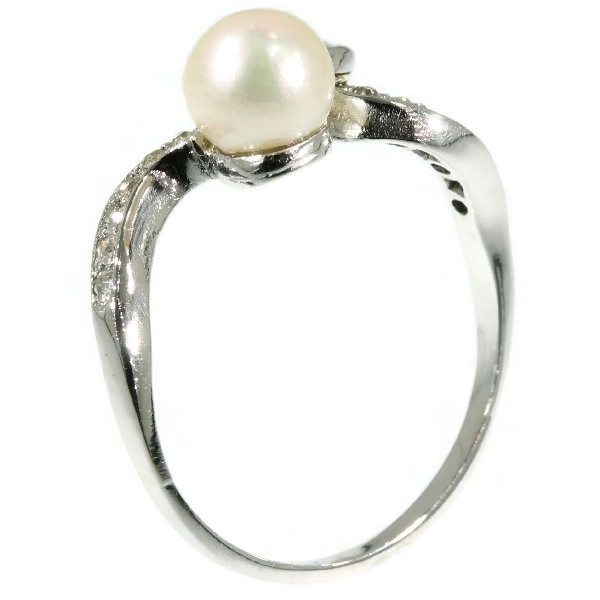 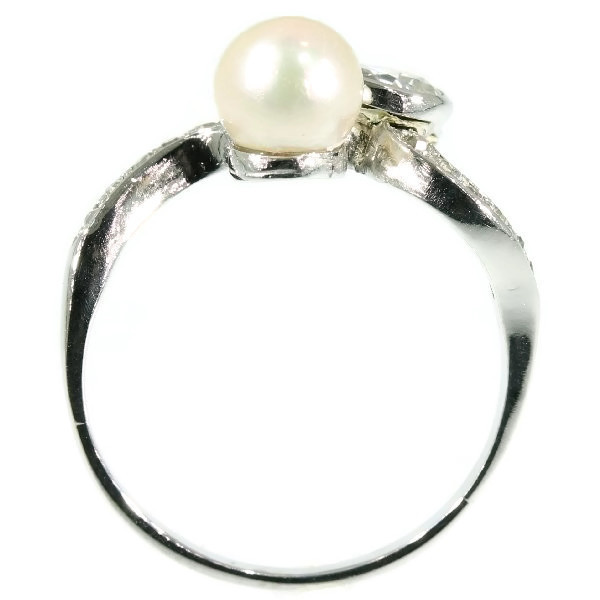 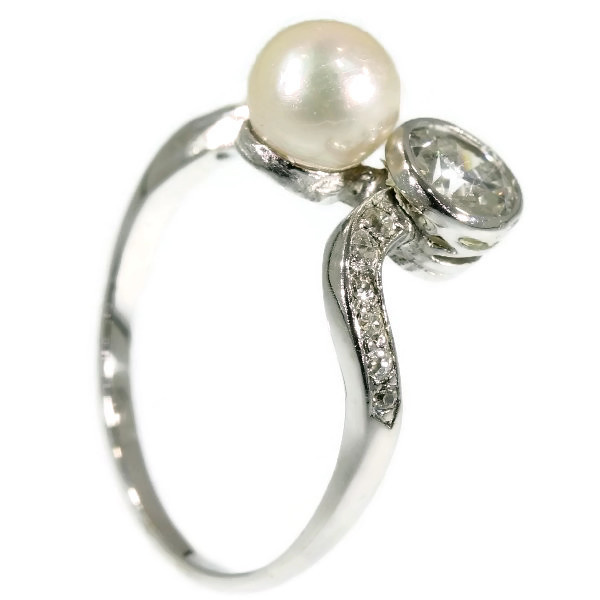 In this platinum Belle Époque "toi et moi"-ring from 1920, an old European cut diamond and a pearl each frolic at the end of a swell of six single brilliant cut diamonds as if Cupid caught two unified souls and brought them together in the centre of this ring.

Theme: Toi et Moi ring - The French call this shape of rings "Toi et Moi" which means "You and me".

Diamonds: One old European cut diamond with an estimated weight of approx. 0.50 crt. (approximate color and clarity H/I, i)and twelve single brilliant cut diamonds (also called 8/8) with a total estimated weight of approx. 0.12 crt.
Note: All diamond weights, color grades and clarity are approximate since the stones were not removed from their mounts to preserve the integrity of the setting.