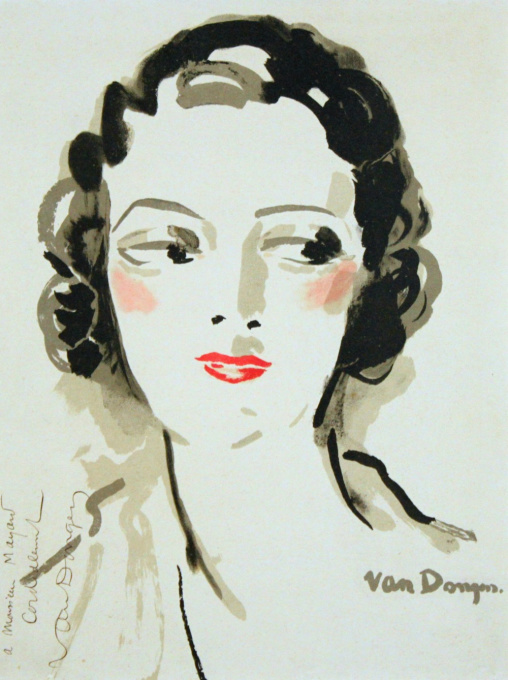 Pochoir for the menu for the diner in Miramar, Cannes 16 Augustus 1933. Signed in the plate. Very rare impression with dedication and signed by Kees van Dongen by hand in ink. Illustrated in Juffermans 'Kees van Dongen - The Complete Graphic Work' pag. 179.