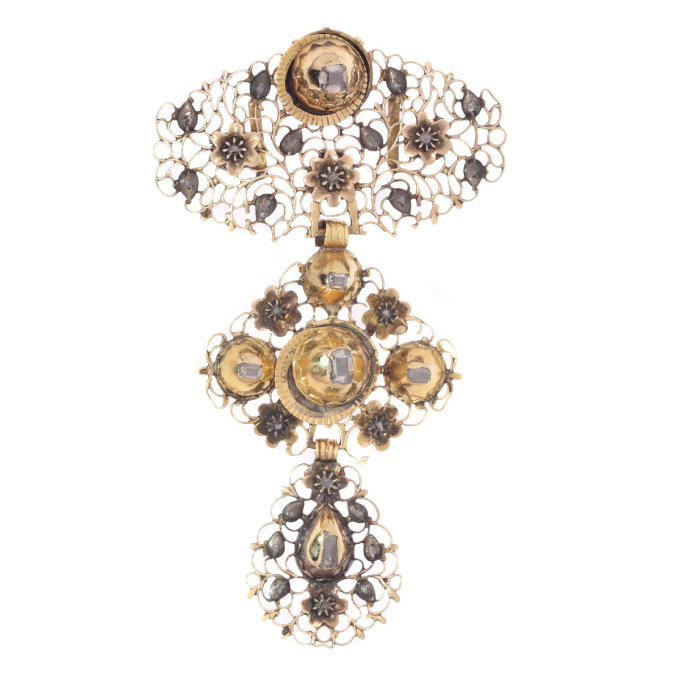 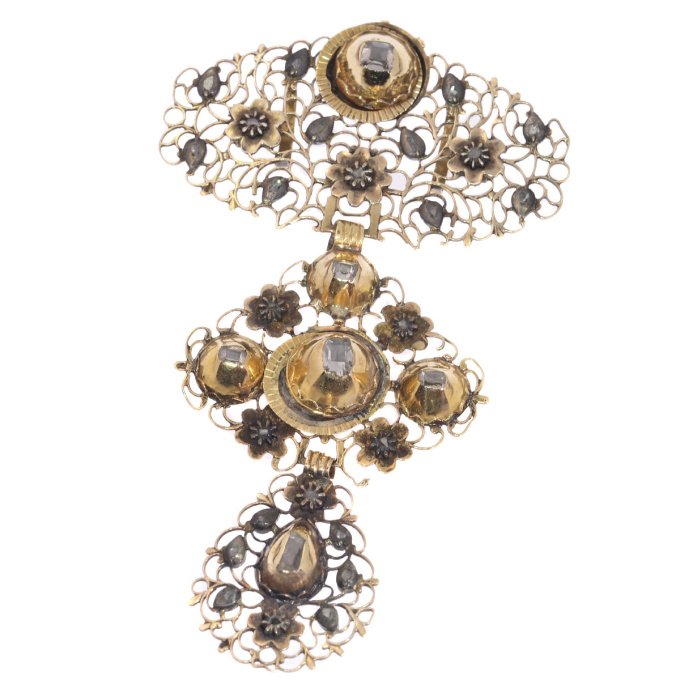 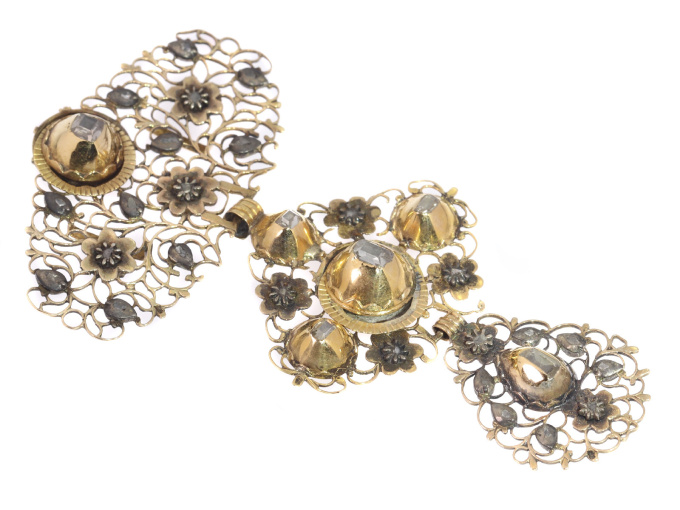 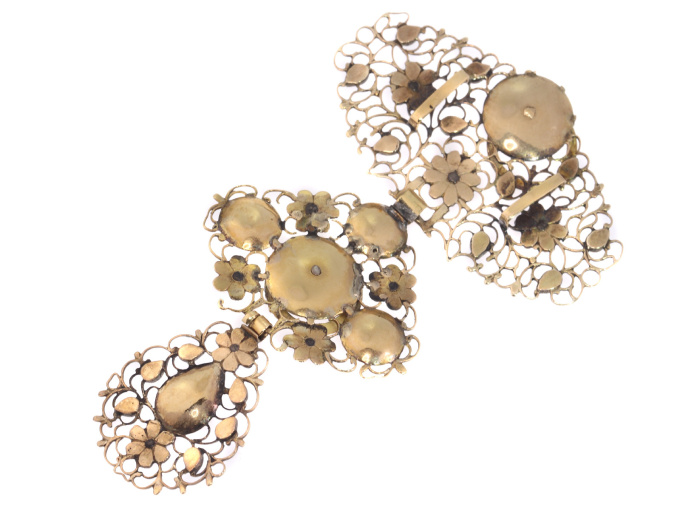 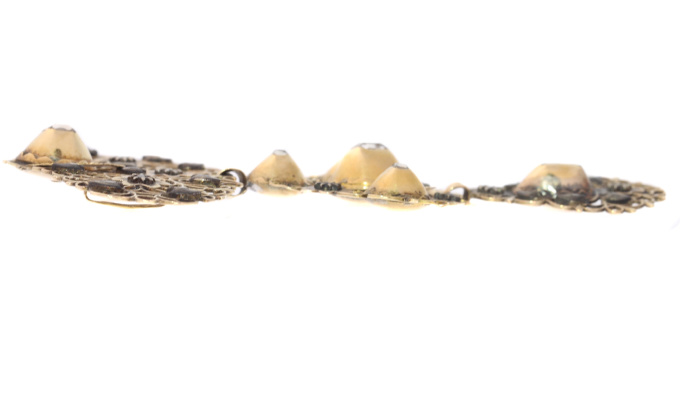 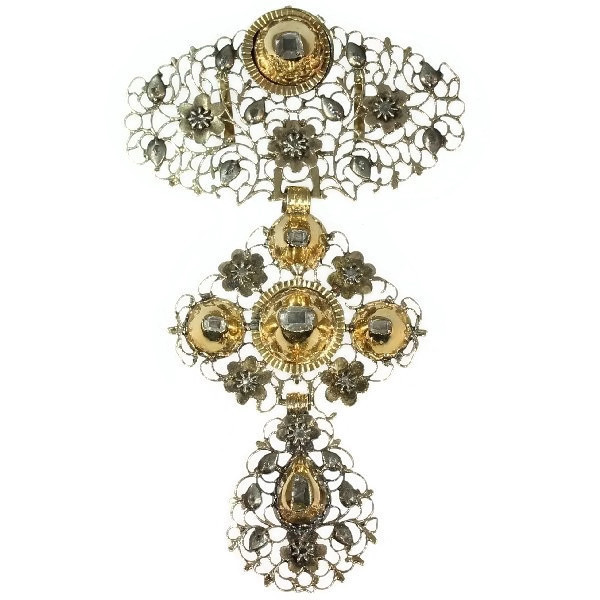 The 18K red gold filigree frills of this Georgian pendant from 1780 guide you through a twofold Latin cross and a heart-shaped surmount depicted by five grand table cut rose cut diamonds set on foil. This typical Belgian adornment, called a croix "à laJeanette", exudes heritage and romance through the shimmer of 31 modest diamonds in silver sprouting as flower hearts and leafs.

Country of origin: Although it does not carry any legible control marks we believe it is of Belgian origin.

Technique: The rose cuts are set on foil. This is a special technique that was used to bring the lustre of the diamonds to its best quality.
The pendant features a gold loop and back, whilst the rest of it is executed in silver. This technique, called silver on gold, is quite common in pieces from that era. This practice stems from the fact that silver is the best material to enhance thenatural sparkle and fire in the diamonds, whilst the gold prevents the wearer’s skin and clothes from tarnishing once the silver starts to oxidate.

Extra information: This type of pendant is typically Belgian in the late 18th till mid-19th century. They are called 'à la Jeannette'. The use of table-cutdiamonds gives us the indication that the piece has been made somewhere in the 18th Century.

It was (and is) not uncommon with certain pieces of jewelry to be cut in two, three or even more pieces to avoid any hassle over an heritage. So was the case with thispendant. We bought it from a retired jeweller from a very little town who told us that he had bought the three pieces separate from three sisters who had it cut up in three when theirparents past away. There were some 15 years between buying the first and the last part. Luckily enough the goldsmith who had separated them, had it done with great skill andrespect for the piece itself so when the jeweller got all three pieces together, it was not a big work to make it into one piece again.


Diamonds:Six table cut rose cut diamonds and 25 rose cut diamonds. We do not have the weight of the diamonds which is normal in our trade when it comes to rose cuts.
Note: All diamond weights, color grades and clarity are approximate since the stones were not removed from their mounts to preserve the integrity of the setting.