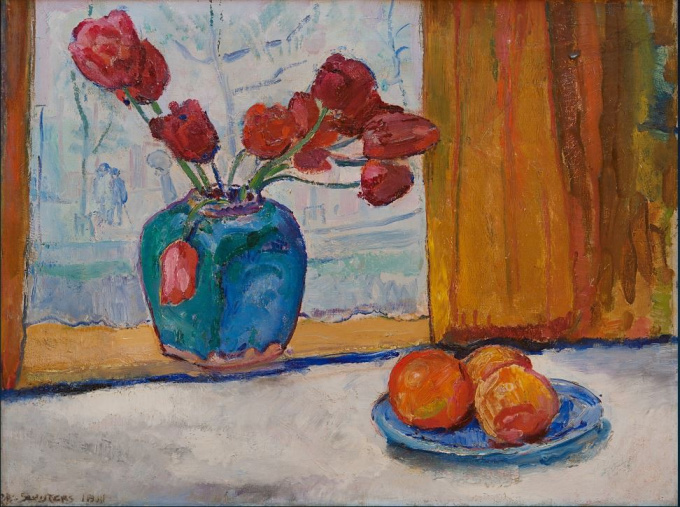 Red tulips in a blue gingerpot
Every bouquet of flowers that entered the house of Jan Sluijters was painted by him directly. For a colorist like Jan Sluyters flowers were the perfect motifs for a lively and colorfull painting or gouache.