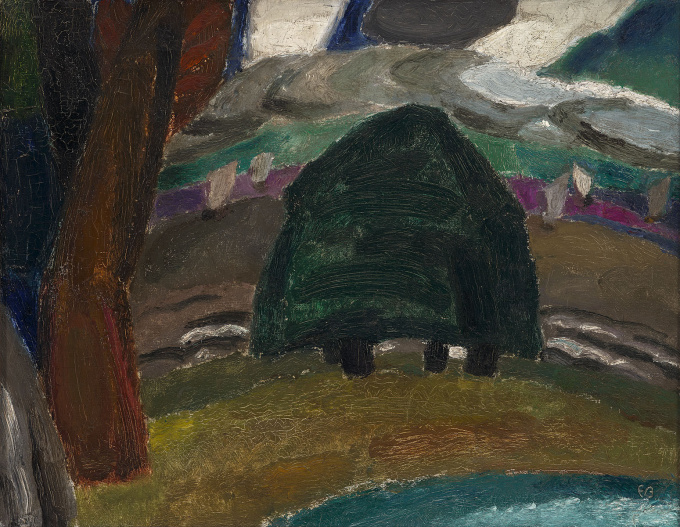 Returning ships on the Zuiderzee, Blaricum 1919