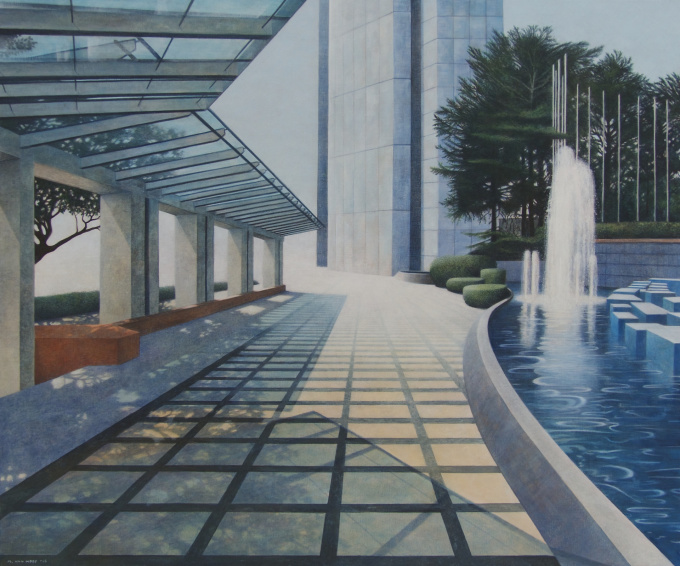 Marcel van Hoef (Weert, 1967), is a Dutch painter who lives in Roermond. He trained at the Lerarenopleiding Tekenen, Handvaardigheid, Kunstgeschiedenis (Teacher Training College of Drawing, Handicrafts, Art History) of the Fontys Hogeschool, Tilburg. In 1988, still studying, he received a scholarship for Berlin, a city that greatly fascinated him because of its continuous changes. He completed his studies in 1989. Since 1993, his paintings are frequently presented at art fairs and galleries, and in museums.

From 1991 to 2002, he stayed several times in Berlin to work there. He also traveled a lot, around Spain and Italy, Russia, Mongolia, China, Central Asia, Uzbekistan, Kyrgyzstan, Pakistan, Syria, Lebanon, Jordan. These journeys highly influenced his works. After staying in Hong Kong in 2006, Van Hoef focused more on modern, dynamic cities as Tokio, Dubai, Kuala Lumpur and Singapore. His recent cityscapes show an artificial and manipulated perception of reality. In 2016, Van Hoef was declared a winner of the VKR 75 International Painting Competition.