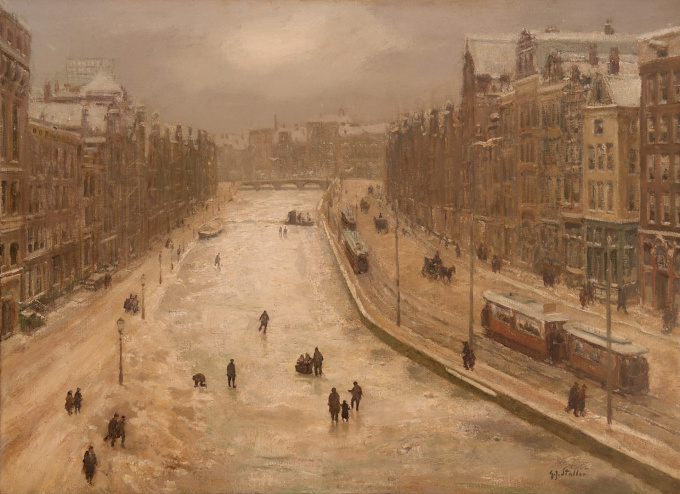 The part of the Amstel River between the Spui and the Dam was drained in the thirties; in two different stages (1933 - 1936).

Gerard Johan Staller was born on the second of January 1880 in Amsterdam.
He was a Dutch painter, illustrator, printmaker, etcher and watercolorist.
Gerard firstly worked in the ceramics industry, but later he devoted himself to art.
He was called the painter of the Amsterdam Jewish life.
Except for a few trips to Belgium, Germany and Algeria, Staller mostly worked in Amsterdam.
In Amsterdam, he was educated in arts. Staller was a student was a student of August Allebé. And a teacher of Frits Schiller, who owned a bar on the Rembrandtplein in Amsterdam.
In 1913, Staller won the Willink van Collen price.
Staller was a member of Arti et Amicitae in Amsterdam and the Saint Lucas association.
Staller died in 1956. He was found dead in his workshop on October 19th and presumably died on the 15th or 16th of October.