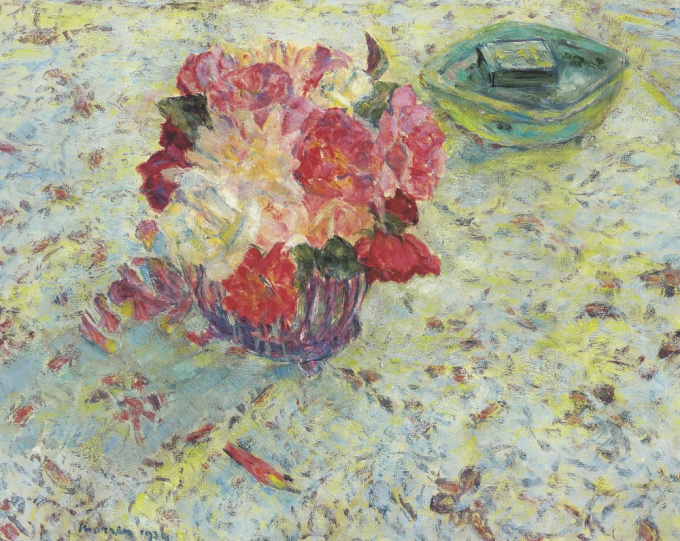 Georges Morren was a belgian painter, sculptor and decorative artist, born in Antwerp. He came from a prosperous bourgeois family and was therefore able to devote himself exclusively to art without financial worries. Encouraged by Emile Claus, a family friend, he enrolled at the Koninklijke Academie voor Schone Kunsten in Antwerp; he left after a short time, however, disliking the conformist teaching methods.

In 1888 he moved to Paris, where he frequented the studios of Alfred Roll, Pierre Puvis de Chavannes and Eugène Carrière. He began working in an Impressionist style, turning c. 1890 to a Neo-Impressionist style as a means of giving more solid form to light. He returned in February 1892 to Antwerp, where he took part in the activities of avant-garde groups, particularly Als ik Kan, L’Association pour l’Art, La Libre Esthétique and Eenigen, of which he was a founder-member in 1902. He exhibited regularly in these circles in the company of Neo-Impressionist painters such as Claus, Georges Lemmen, Théo Van Rysselberghe, Henry Van de Velde, Paul Signac and Seurat. In 1904 he and Claus became members of the group Vie et Lumière.