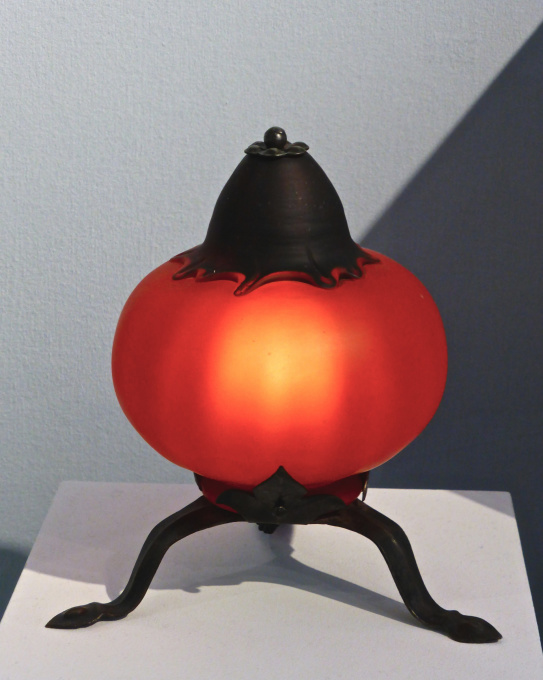 An extremely rare 'veilleuse' by Charles Schneider. The appearance like the, highly sought after, fruits by Schneider. This one is cased, like the 'fileté' series, and has a wrought iron base and stop, the latter shaped as a flower bud. It's quite early, from the beginning of the twenties, due to the matte finish.
Epinay-sur-Seine, ± 1920-1922. Condition: mint.