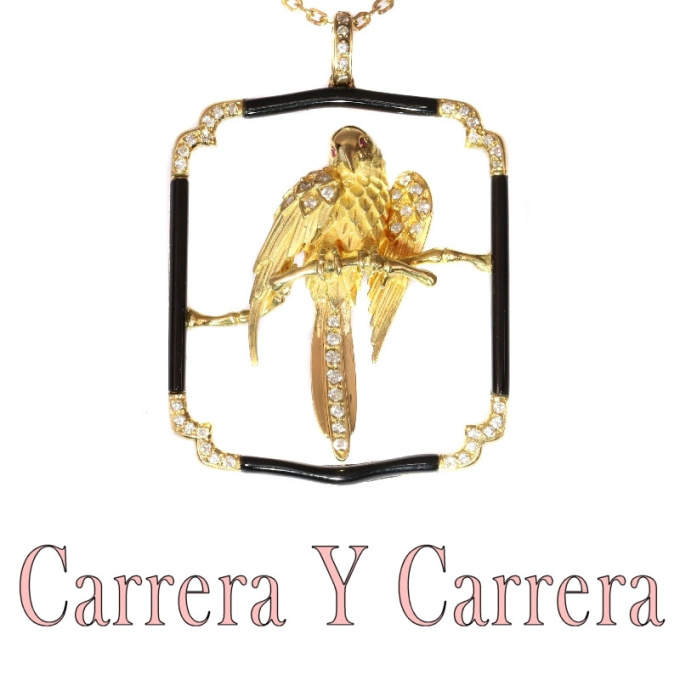 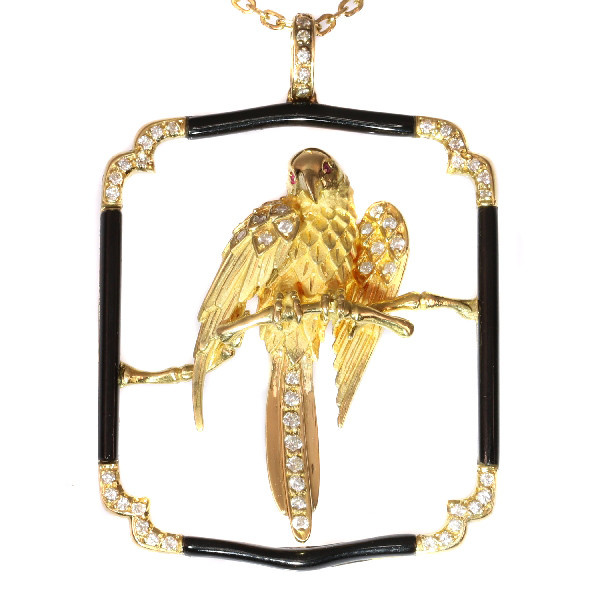 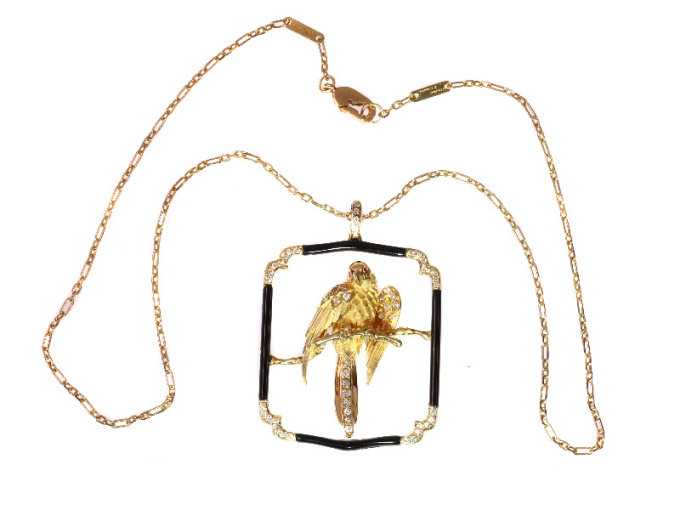 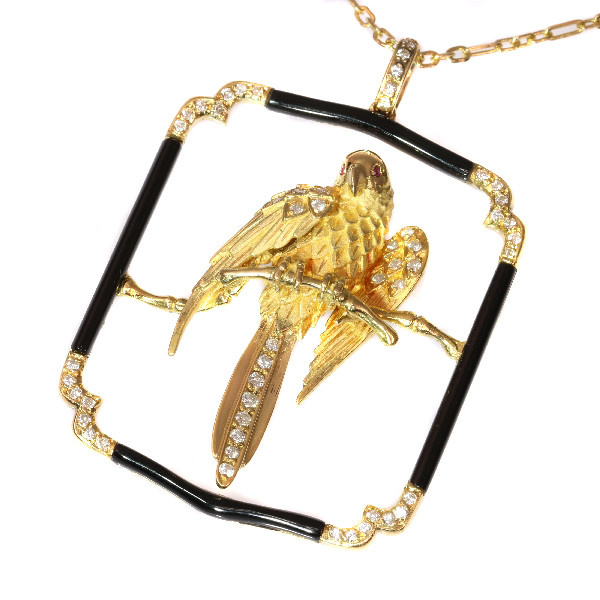 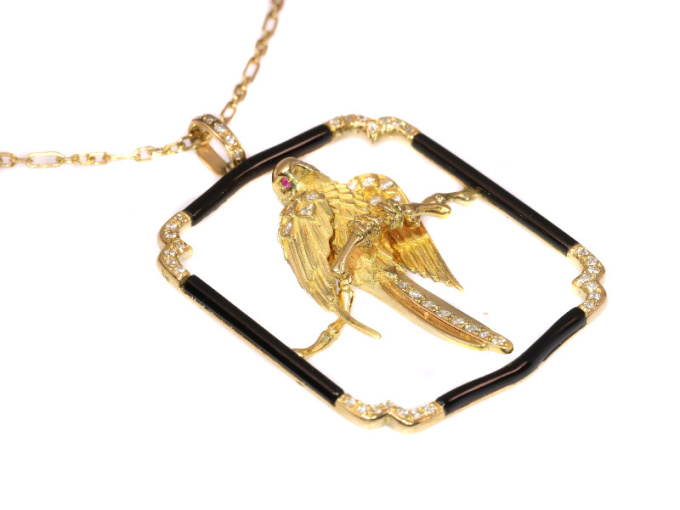 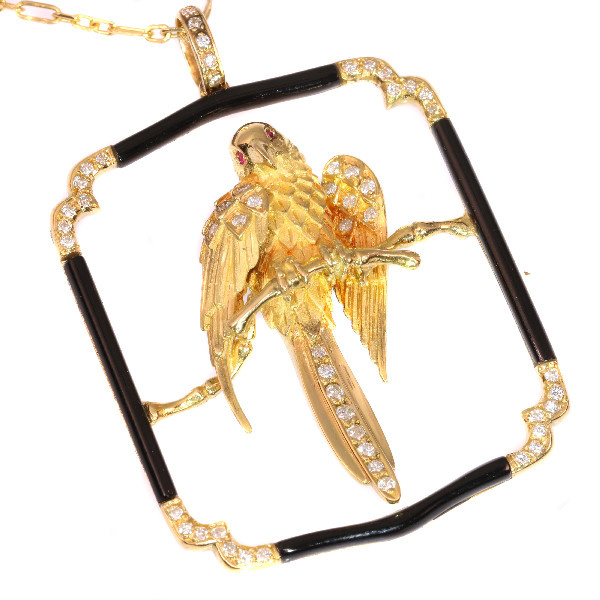 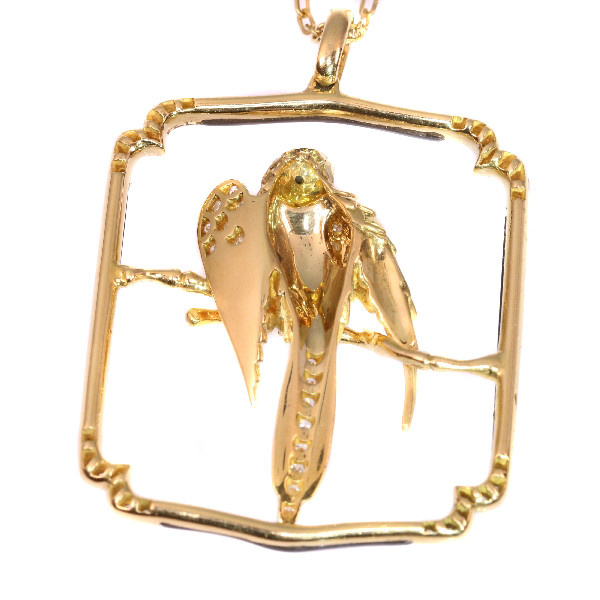 Theme: Parrots - Parrots have featured in human writings, story, art, humor, religion and music for thousands of years. From the Roman poet Ovid's "The Dead Parrot" to Monty Python's Dead Parrot Sketch millennia later, parrots have existed in theconsciousness of many cultures. Recent books about parrots in human culture include Parrot Culture.

Since ancient times parrot feathers have been used in ceremonies, and for decoration. The "idea" of the parrot has been used to represent the human condition in medieval literature such as the bestiary. They also have a long history as pets.

In Polynesian legend as current in the Marquesas Islands, the hero Laka/Aka is mentioned as having undertaken a long and dangerous voyage to Aotona in what are now the Cook Islands, to obtain the highly prized feathers of a red parrot as gifts for hisson and daughter. On the voyage a hundred out of his 140 rowers died of hunger on their way, but the survivors reached Aotona and captured enough parrots to fill 140 bags with their feathers. (By at least some versions, the feathers were plucked offliving parrots without killing them.)

Parrots have also been considered sacred. The Moche people of ancient Peru worshipped birds and often depicted parrots in their art. Parrots are also used as symbols of nations and nationalism. A parrot is found on the flag of Dominica. The St. Vincentparrot is the national bird of St. Vincent and the Grenadines, a Caribbean nation.

Parrots are popular in Buddhist scripture and there are many writings about them. One old story tells how after a forest caught fire, the parrot was so concerned it carried water to try and put out the flames. The ruler of heaven was so moved uponseeing the parrot's act, that he sent rain to put out the fire. In Chinese Buddhist iconography, a parrot is sometimes depicted hovering on the upper right side Guan Yin clasping a pearl or prayer beads in its beak. (from:
In 1960, the company received the commission to make the wedding tiara of Queen Fabiola of Belgium for her royal wedding with King Baudouin of Belgium; after this achievement, the brand was positioned as one of the most recognizable luxury brandsinternationally. In 1979, Carrera y Carrera expanded to the United States, in 1994 to Russia, and in 2013 it opened its first boutique in China. In 1989, Queen Sofía of Spain was patroness of the presentation in the Royal Palace of Madrid of thesculptural piece “The Ark of Discovery of the Fifth Centennial” that later was exhibited in Madrid’s City Hall. In 1992, the company’s new facilities opened in San Agustín del Guadalix. In 2000, Miriam of Hungary, princess of Turnovo, joined the designteam. Between 2002 and 2006 Lladró took over control of the company. Manuel Carrera, founder of the brand, once again created collections.Models Eugenia Silva, Almudena Fernández, and Alejandra Alonso have been the face of the jewelry house. Celebrities such as Jennifer Lopez, Katy Perry, Demi Moore, Lady GaGa, Olivia Wilde, Olivia Palermo, and Christina Hendricks also regularly wear thebrand’s designs.(From: Wikipedia)

Birthstones: Diamond is the birthstone (or month stone) for April, ruby for July and onyx for July.
-  (more info on birthstones)