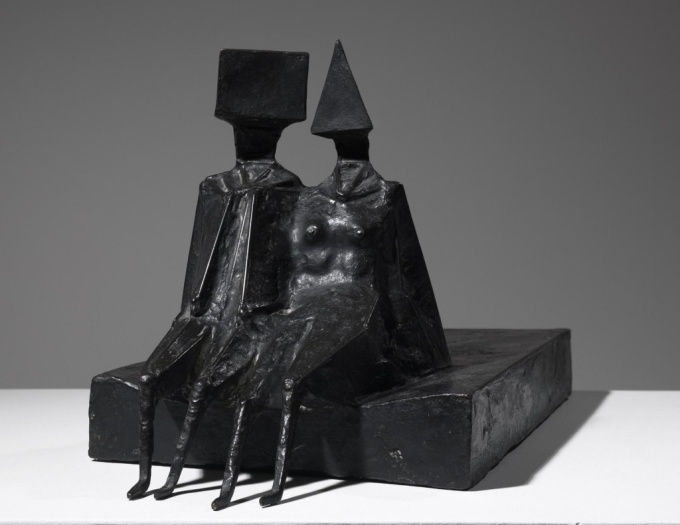 Sitting Couple on Base 1967