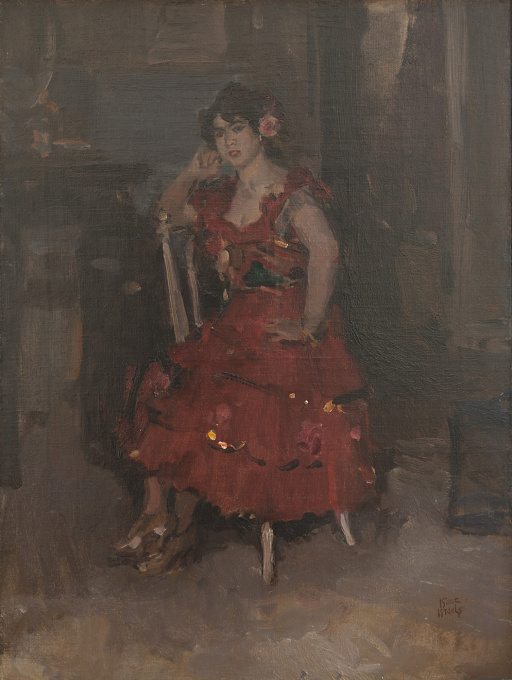 Spain and Spanish dancers is a recurring theme in the work of Isaac Israels. In August 1889, during the World Exhibition, he travels with French Erens, who wrote in his memoirs about Israels's knowledge of the Spanish language, the country and its dancers.