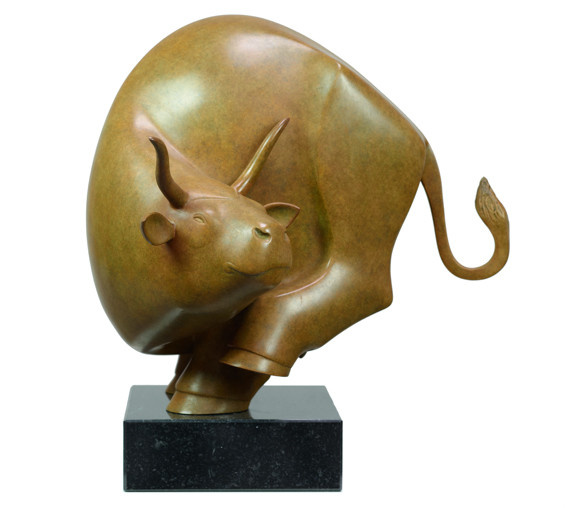 Evert den Hartog is a Dutch sculptor. He was born in Lieshout, the Netherlands in 1949.

Den Hartog attended the Academy of Fine Arts in Rotterdam from 1971 until 1976 where he was taught by Arie Teeuwisse and Bram Roth. He started out sculpting ceramics before moving on to bronze. He is best known for his stylised bronze animal figures. Especially birds and bulls are recurring subjects in his work. But Den Hartog is no stranger to human subjects which can be seen from his work for which he took his daughter Eline as a subject. He strives for a certain humour in his work.

More recently Den Hartog started creating large polyester works which he can give special coatings. In this category he has been commissioned for a number of works.

De Hartog has been commissioned for works in Kobe, Japan, Dallas, TX, USA, Jakarta and Antwerp. In the Netherlands has works can be seen and admired in Amsterdam, Rotterdam, Venlo and many other places.

His works are featured in collection worldwide, from Amsterdam to Singapore.

Apart from being a sculptor Den Hartog is a photographer.