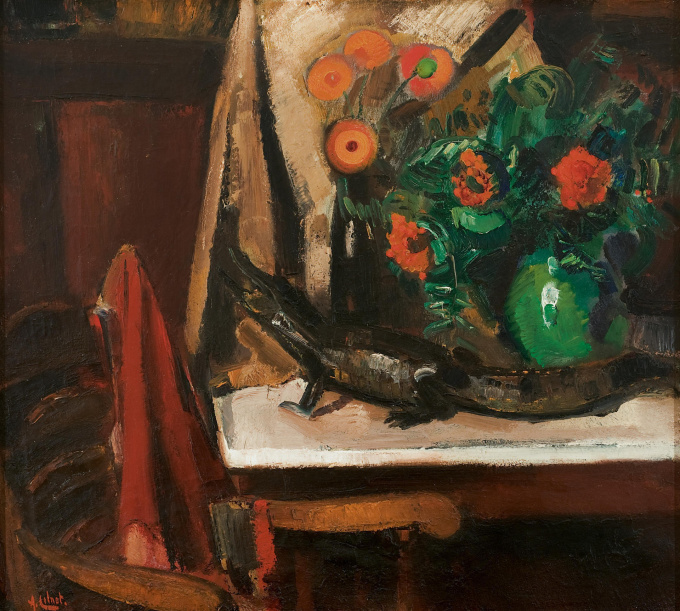 Arnout Colnot (1887) was a pupil at the workshop of Jan Maandag in Amsterdam, here he was educated in art. He did not learn the techniques in the workshop of Maandag, he mostly taught himself. Colnot was a painter, drawer, printmaker and lithographer.

He moved to Bergen where he became a member of the Bergense school. The Bergense school is known for their expressionistic style with cubistic influences and dark shades. Other artists who joined the Bergense school are Leo Gestel, John Rädecker and Charley Toorop. Colnot had a very wide range of subjects he painted, such as lanscapes, portraits and interiors. Later Colnot taught Kees Boendemakers and Rinus Duin his techniques.

Colton moved to Amsterdam and later back to Bergen where he died in 1983.