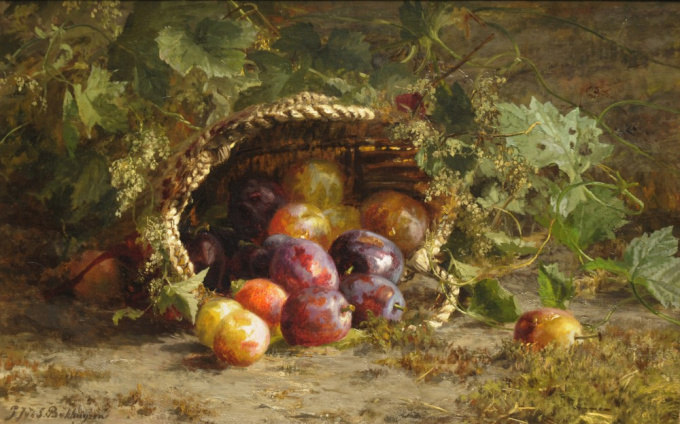 She was born in The Hague to Hendrik van de Sande Bakhuyzen and Sophia Wilhelmine Kiehl.[1] She is known for still lifes, flowers, and fruit. Her brother Julius also became a painter. She died in The Hague.

In 1904, Clara Erskine Clement wrote about her: "Silver medal at The Hague, 1857; honorary medal at Amsterdam, 1861; another at The Hague, 1863; and a medal of distinction at Amsterdam Colonial Exhibition, 1885. Daughter of the well-known animal painter. From childhood she painted flowers, and for a time this made no especial impression on her family or friends, as it was not an uncommon occupation for girls. At length her father saw that this daughter, Gerardina—for he had numerous daughters, and they all desired to be artists—had talent, and when, in 1850, the Minerva Academy at Groningen gave out "Roses and Dahlias" as a subject, and offered a prize of a little more than ten dollars for the best example, he encouraged Gerardina to enter the contest. She received the contemptible reward, and found, to her astonishment, that the Minerva Academy considered the picture as belonging to them."