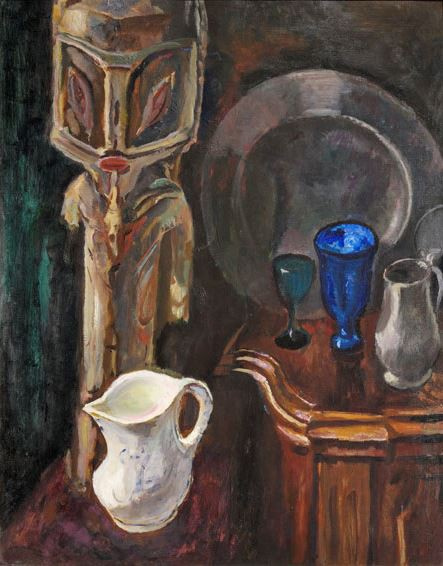 An interesting still-life by Jan Sluijters. It seems the white jar can be taken in the hand, while the GES statue, -the mysterious guardian -, watches. (the GES statue originates from New Ireland , a group of islands of the coast of New Guinee)