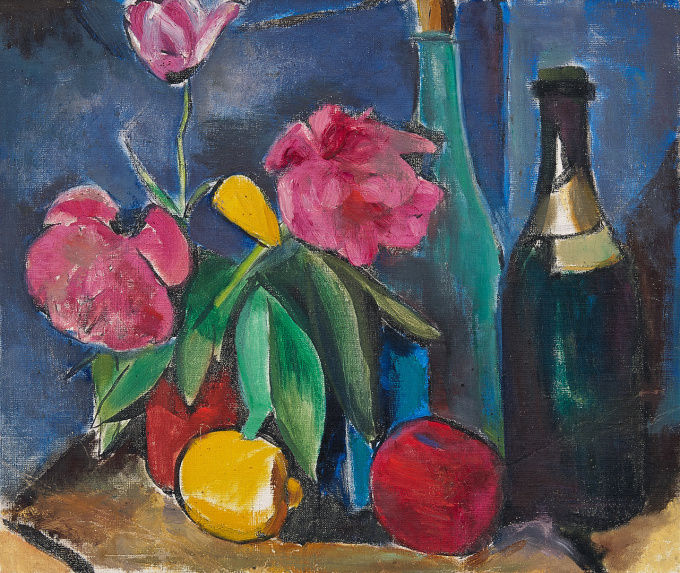 Edith Auerbach was a German painter, born in Cologne, Germany in a wealthy Jewish family. She studied Art History and specialized in the painting techniques of the Old Masters. In 1926, she moved to Paris. She participated in group exhibitions in the Salon des Tuileries and with the Salon d’Automne, and in 1937 participated in the revolutionary exhibition ‘Femme Artistes d’Europe’.
Auerbach lived and worked in the Parisian neighbourhood Montparnasse for a few years. During the interbellum this was the place to be for modern art, with a lot of Avant-garde artists, art collectors and art dealers who did not feel safe anymore in their country of origin active, giving Montparnasse an international character.
In Montparnasse, she made multiple portraits of her artist-friends Rudolf Levy, Moisej Kogan and Tsugouharu Foujita. In these pre-war portraits you can see the Realist and Expressionist influence of George Grosz and Felix Nussbaum.
After Paris was occupied by the Nazis, Auerbach was arrested and sent away to a concentration camp. However in 1943 she managed to escape. After the war she moved back to Paris and changed her name in Edith Delamare. Her artworks also changed; she visualized her experiences from the concentration camp in Surrealist works.