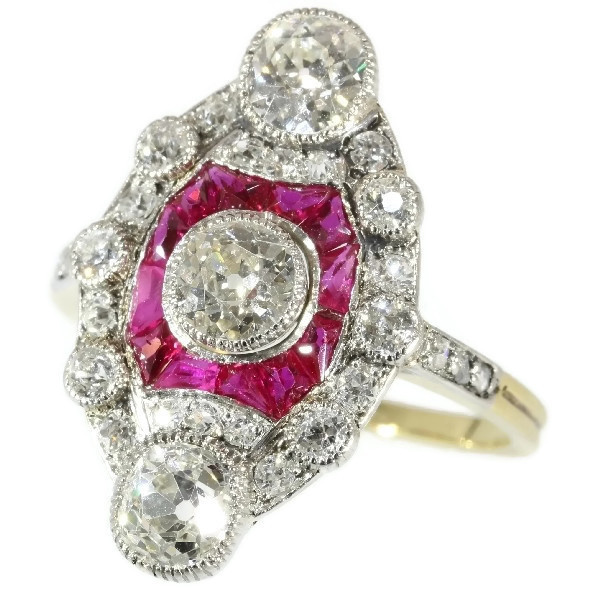 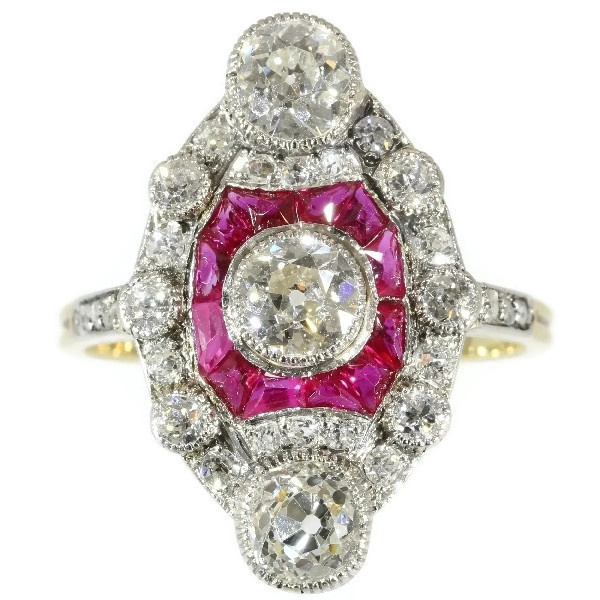 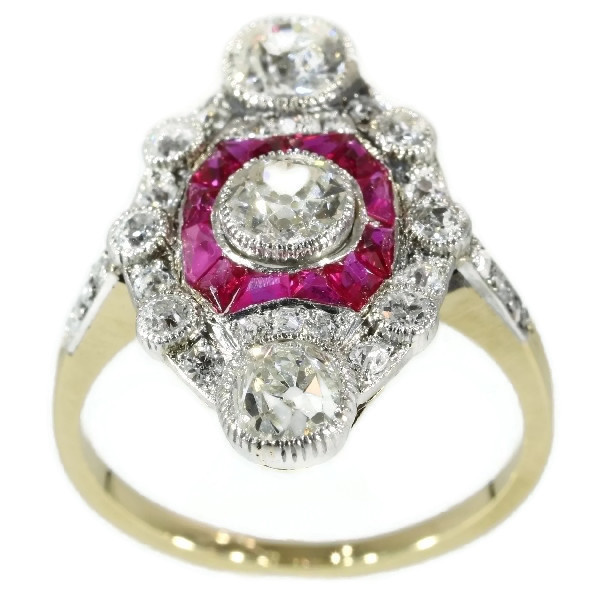 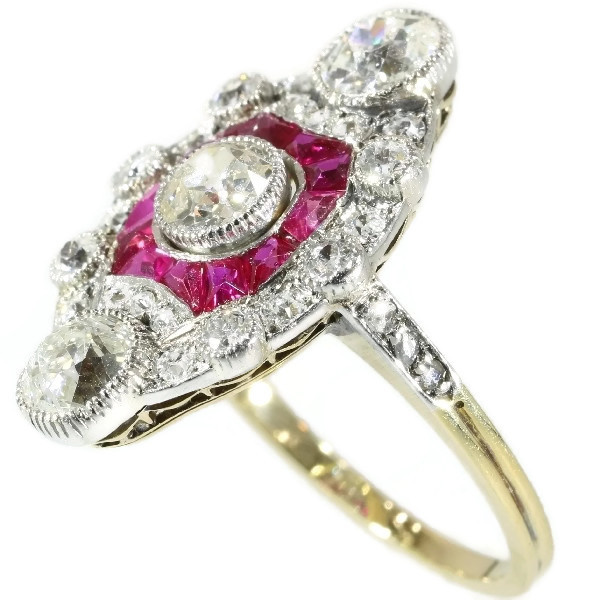 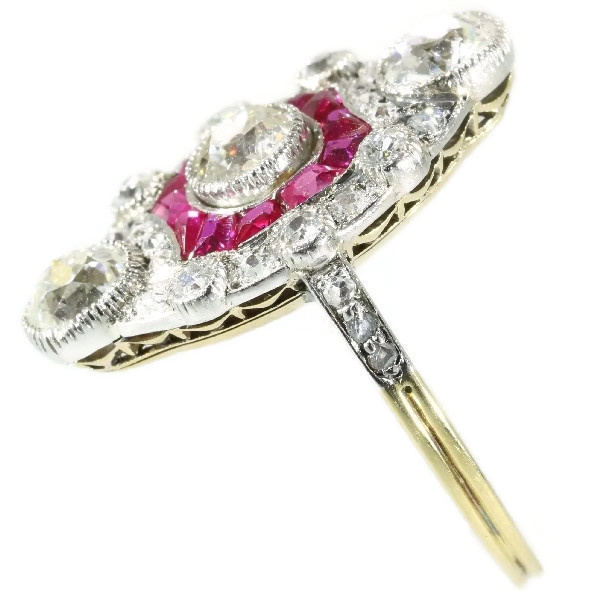 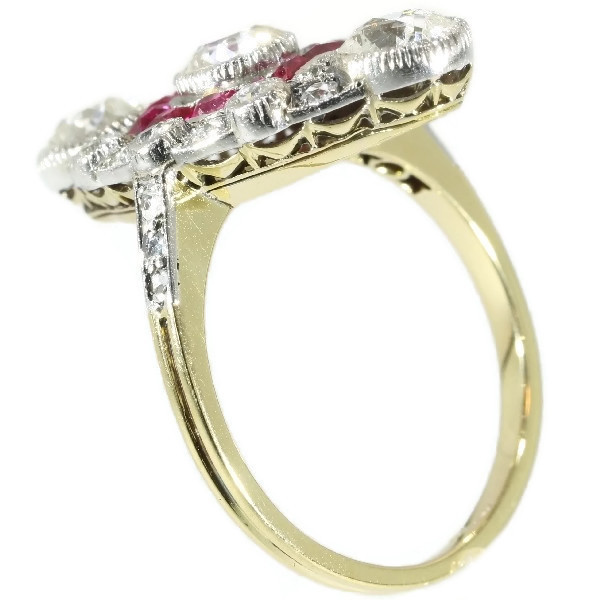 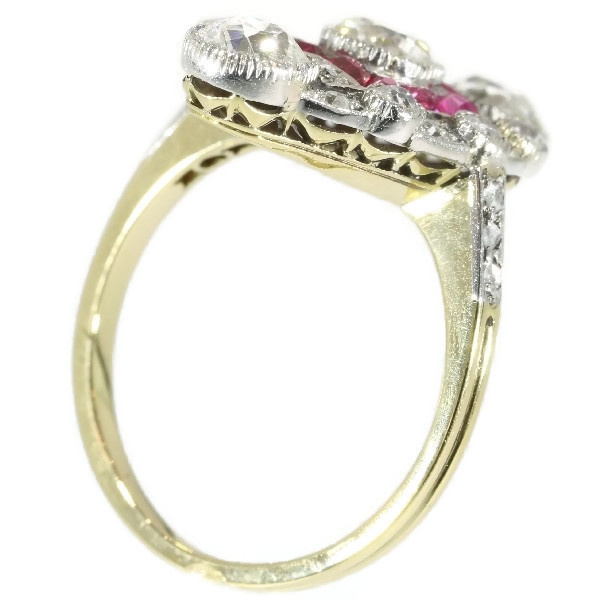 The design of this enchanting engagement ring in platinum and 18K yellow gold will prove you to be a jewel true to the Belle Epoque as well as the Art Deco style.
A grand old brilliant cut diamond aligns from within a bulging square of 12 rubies with two old mine brilliant cut diamonds. With the support of a row of three diamonds, those two brilliants serve as the corners of a marquise shaped baté rim. Adding only even more depth to this design, each side of the rim consists of three elevated old mine brilliant cut diamonds alternating with four deeper encrusted diamonds.
When even the settings of the three rose cut diamonds in each side of the shank are azure cut, it's clear that the craftsman of this piece from 1920 spared no expense in its making.Nor should anyone do so in convincing their dearest of their sincere affection.

Style: Something between Art Deco and Belle Époque - Art Deco is an eclectic artistic and design style which had its origins in Paris in the first decades of the 20th century. The style originated in the 1920s and continued to be employed until afterWorld War II. The term "art deco" first saw wide use after an exhibition in 1966, referring to the 1925 Exposition Internationale des Arts Décoratifs et Industriels Modernes that was the culmination of high-end style modern in Paris. Led by thebest designers in the decorative arts such as fashion, and interior design, Art Deco affected all areas of design throughout the 1920s and 1930s, including architecture and industrial design, as well as the visual arts such as painting, the graphic artsand film. At the time, this style was seen as elegant, glamorous, functional and modern.   -  See also: Art Deco.

Precious stones: 12 rubies. We did not check if these rubies are lab produced or not as this information has no influence on the value of this jewel. Natural rubies and lab produced rubies were both used in this era, rather more for their effect than for their intrinsic value.