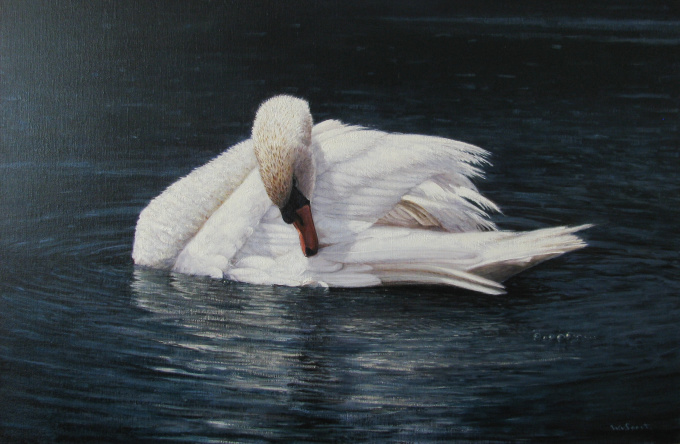 Wouter van Soest was born in Hilversum, The Netherlands, in 1957. Van Soest proved to have talent for drawing at young age, not in the last place because of his upbringing: his mother was known as Henriëtte Portengen, a paintress herself. Painter / Illustrator Johan Hook(1890-1977) also was a supporting factor in his life. Van Soest developed an intense admiration for Dutch masters as Rembrandt and Asselijn. This might be an explaination for his efforts to work in a traditional way later in his life.

After a period of working in a 19th century romantic style, van Soest gradually developed a more personal style. He often displayed a combination of Romanticism and naturalistic/impressionistic styles. A contrast between working in detail and a more effortless way of painting is also visible, often enriched with an interesting play of light and colour shading.