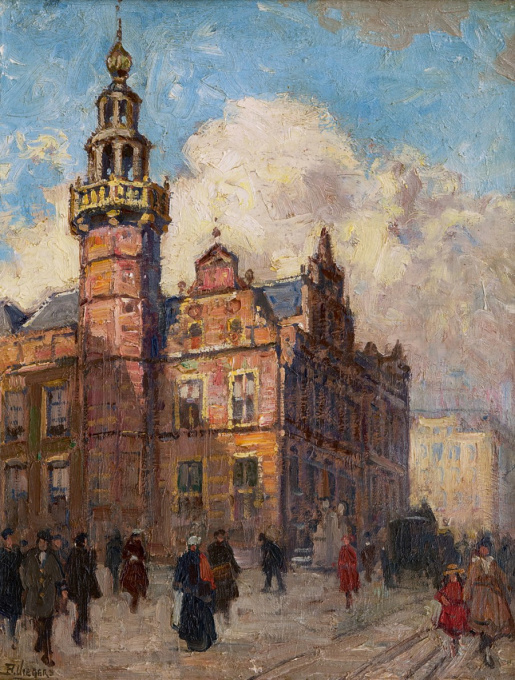 Ben Viegers is a Dutch artist born and raised in The Hague. He learned how to draw, paint and decorate at his grandfathers workshop, who was a coach builder. In 1903 he became a pupil of artist and friend Charles Dankmeijer at the Academy of fine arts in The Hague. His works where shown on several expositions for example in 1907 in Antwerp in Belgium and in 1910 in Batavia in the Dutch East Indies. He became a member of the Haagse Kunstkring in 1921, other members of this group are Han van Meegeren, Hendrik Petrus Berlage and Theo van Doesburg.

Viegers is best known for his serene landscapes and still lives of flowers. He uses a very natural and realistic palette in his works.
In 1938 he moved, together with his wife Josina Maria Jacobs, to Nunspeet. When World War II started they lived in Castricum and later he moved to Hilversum. At the end of his life he moved back to Nunspeet where he died at the age of sixty.
In 1938 verhuisde hij met zijn echtgenote van Den Haag naar Nunspeet, waar zij gingen wonen in een verwaarloosd pand aan de Brinkersweg, dat hijzelf opknapte. Aan het begin van de Tweede Wereldoorlog woonde hij in Castricum en verhuisde later naar Hilversum. In 1943 keerde hij weer terug naar Nunspeet.[3]