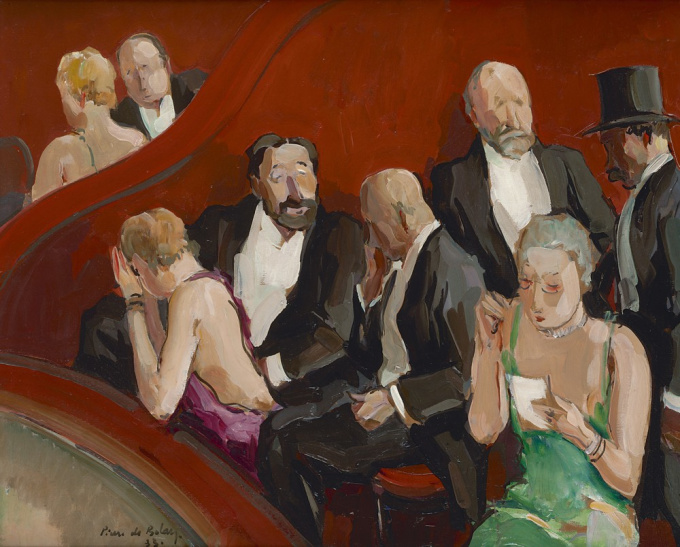 Pierre de Belay was born in Quimper, France, December 11, 1890 and died in Paris in 1947. In 1919, upon his demobilization, Pierre de Belay took up residence in Paris, and stayed there for the rest of his life. His quarter was Montparnasse. In 1925, he found a studio on rue de L'Armorique. Then in 1937, he moved to rue Proidevaux where his studio overlooked Montparnasse.

Pierre de Belay came to Paris in 1919 and by 1925 he had found his first artist’s studio. In the 30s, he moved his studio to Montparnasse, then home to a wild group of artists which included Chagal, Soutine, and Modigliani. This group frequented the many nightclubs and cafes populated with artists and socialites in Montparnasse and they became a major source of inspiration for Belay. Very talented at drawing, from 1923 to 1926 he worked for the magazine Harlequin, a periodical of art and spectacles. His reputation as a painter was cemented in 1930 with a solo exhibition of fifty works depicting scenes from Parisian life.