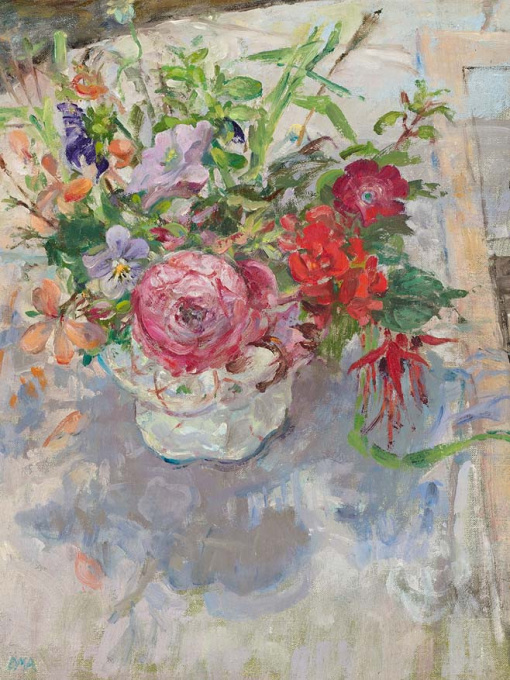 Diana Armfield is a British artist. She is known for her landscapes but has also painted portraits, literary subjects and still lifes. She has a particular interest in flower paintings and is considered to owe much to the Sickert tradition, the English painter and printmaker who was an important influence on distinctively British styles of avant-garde art in the 20th century and considered a prominent figure in the transition from Impressionism to Modernism.
Armfield studied at the Slade School of Fine Art and the Central School of Arts and Crafts, London. She has worked as a painter, designer and teacher. She worked as a fabric and wallpaper designer until 1965. Her work includes commissions from the National Trust in 1988 and the Prince of Wales in 1989. Armfield was elected as a Royal Academician in 1991. She also is a member of the New English Art Club and the Royal West of England Academy. Her work is held by among others the British Museum. The Victoria and Albert Museum holds examples of her textile work.