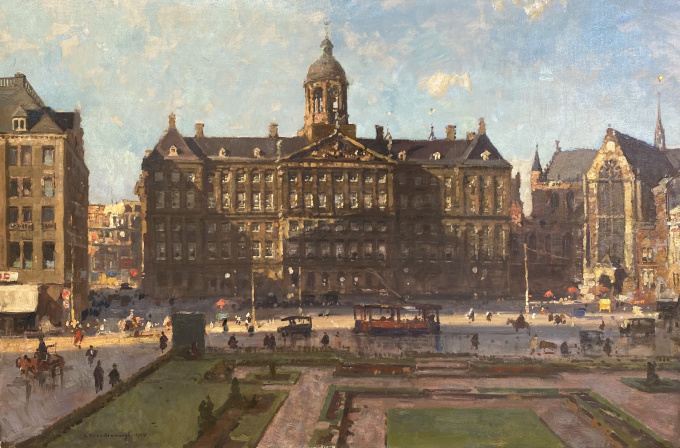 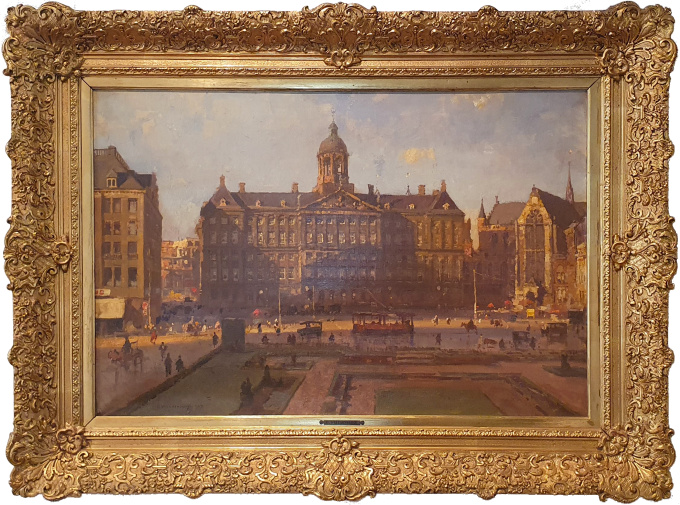 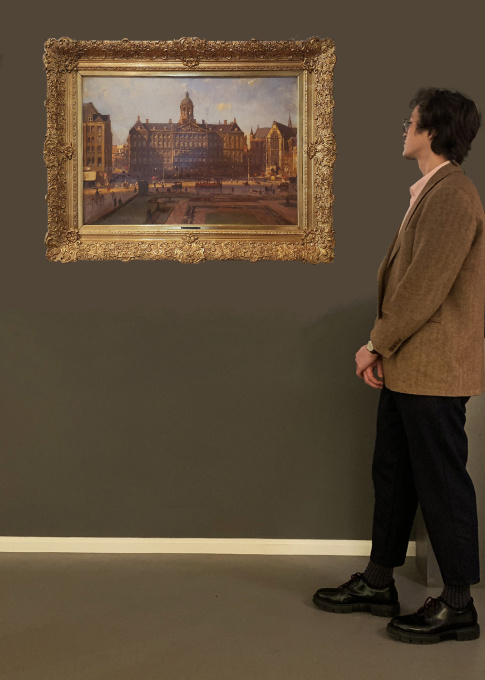 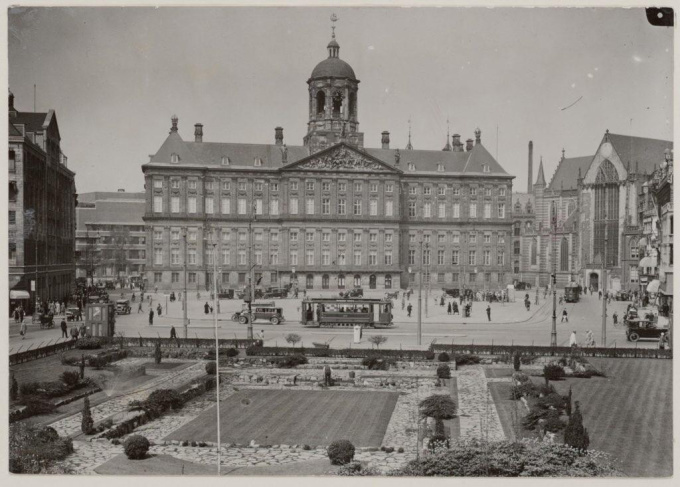 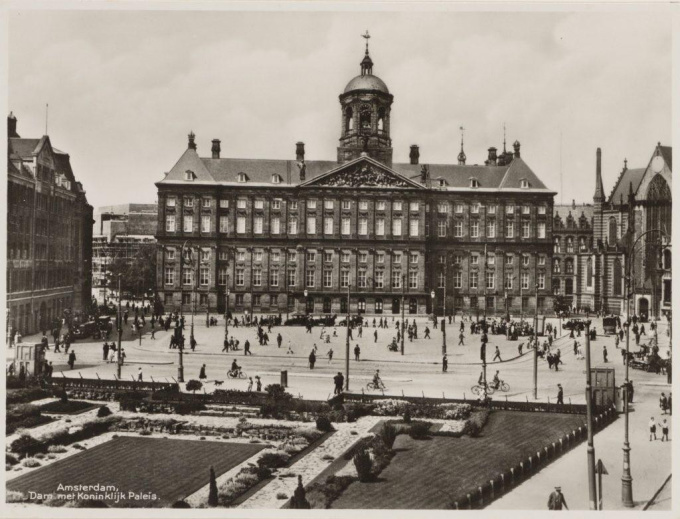 The Royal Palace And The Nieuwe Kerk On Dam Square, Amsterdam 1927

The main motif of this monumental cityscape is the Royal Palace on Dam Square, which, designed by Jacob van Campen, was originally built from 1648 to 1665 as the new town hall. During construction it gained fame as the so-called Eighth Wonder of the World. At the time it was the largest publicly accessible building in all of Europe. It was, of course, immediately a very popular subject for artists.

Specialists in cityscapes, such as Jan van der Heyden and Gerrit Berckheyde cleverly responded to the insatiable hunger for faces on the beautiful square with the imposing classicist town hall that was then seen as a symbol of the great prosperity of the still young Republic and its status as maritime world power.

The characteristic square with the town hall and, as can be seen here, the gothic Nieuwe Kerk church, also remained a popular subject in later times. When Vreedenburgh immortalized this place in paint in 1927, he continued an established tradition.

The depicted 'Damplantsoen' is a garden in the so-called 'Old Dutch' style: fitting/adjacent to the building, formerly the city hall of Amsterdam, built/designed by Jacob van Campen from 1648 and completed in 1665.

The Damplantsoen was actually a space that had become vacant due to the demolition (1912) of the former Commandantshuis (D'Ailly's Historical Guide to Amsterdam. Edited by H. F. Wijnman. 1968) and the demolition of the west side of Warmoesstraat. There was a plan to build a hotel here, but it eventually got cancelled. The Damplantsoen was intended as a temporary interim solution, uniquely displayed in this master painting.

In the painting the foreground depicts a sunken garden, made up of grass surfaces and rectilinear flowerbeds. The garden is deepened and designed along an axis of symmetry, which connects to the central axis of the palace.

The style of design is very reminiscent of Leonard Springer's style. In 1925 (when the work started) he was 70 years old and, even though he announced that he was still not retiring that year, the contract was not awarded to him.

Cornelis Vreedenburgh was largely self-taught. Initially a house painter by trade, he drew and painted only in his spare time until a royal grant enabled him to devote himself entirely to his art in 1904. W.B. Tholen was a trusted adviser and often took Vreedenburgh sailing on the Kaag and Loosdrechtse lakes. His rich palette and ability to render the light and atmospheric effects of the Dutch landscape immediately made his pictures of pastures and watery scenes immensely popular.

In 1918 Vreedenburgh settled in Laren, where he produced many views of Amsterdam.