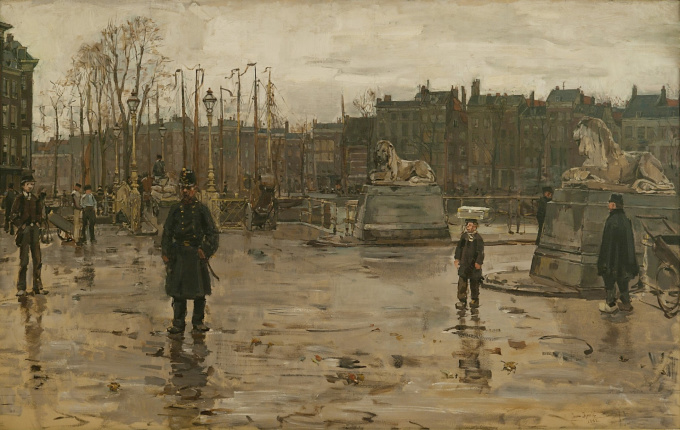 The Transport of the Colonials 1882

The Transport of the Colonials

This panel is a study for a very large painting ofIsaac Israels from 1883. The painting is a fine example of his military paintings. In the same year, 1882, Isaac painted a large canvas, "Working burial Hunter" for which he got an honorable mention at the Salon in Paris in 1883. A wonderful start to a young painter.