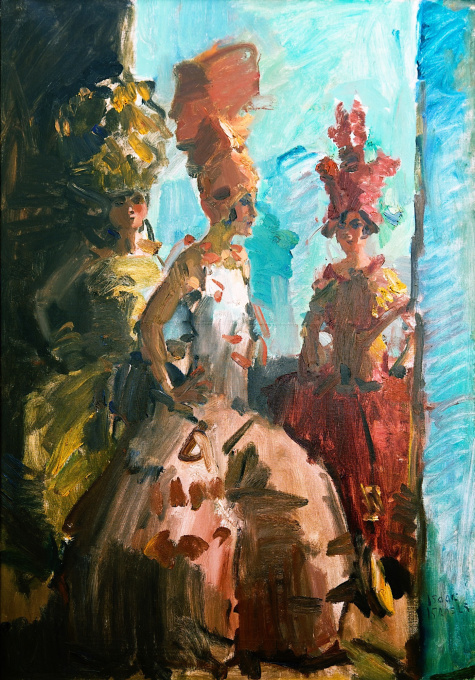 Three dancers at the Scala Theater in The Hague

The female, in popular and elegant versions, fascinated Isaac Israels in particular. Depending the situation he painted in stout wide strokes or with quick, light subtile nuances in pink, blue and jellow.