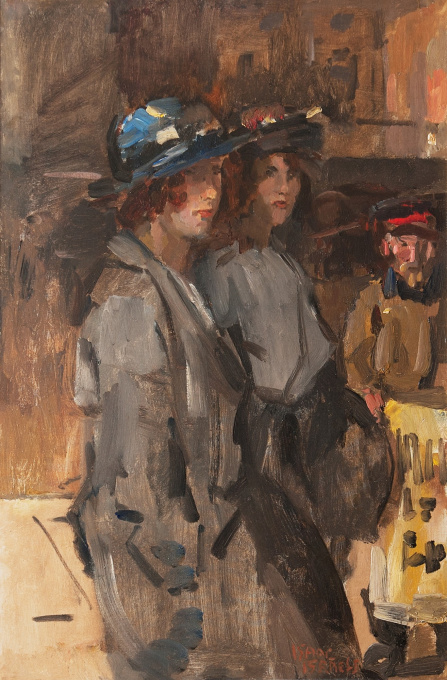 Cockney girls are women born in London in earshot of the bells of St. Mary-le-Bow, in the area between St. Paul's Cathedral and the Bank of England. At the time of the First World War, many women worked in factories while men were fighting in the trenches in Northern France, against the invasion of the Germans. The Cockney girl wore an overall or gray sundress to work, to protect herself against the lubricating oil and dirt on the floor. After a hard day's work, women put on their everyday coat and a hat. Israels moved to London in 1913 to be able to paint in this town.