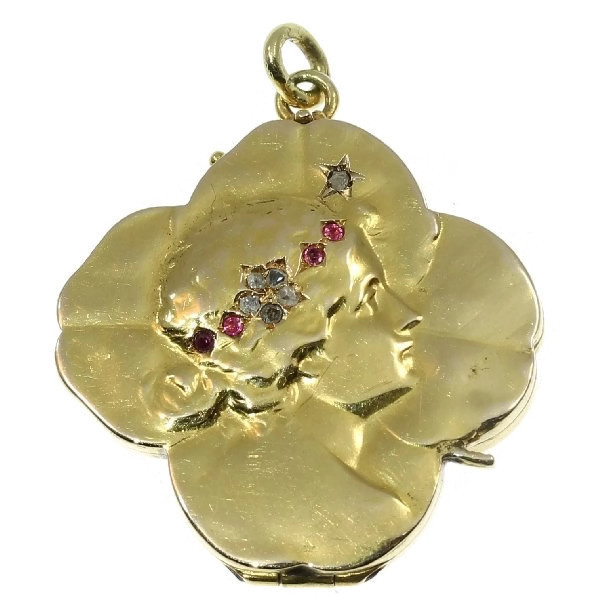 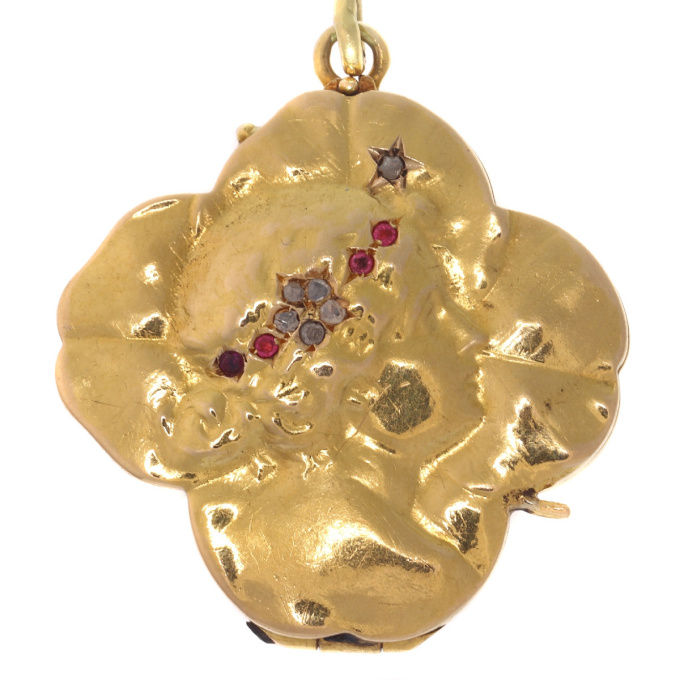 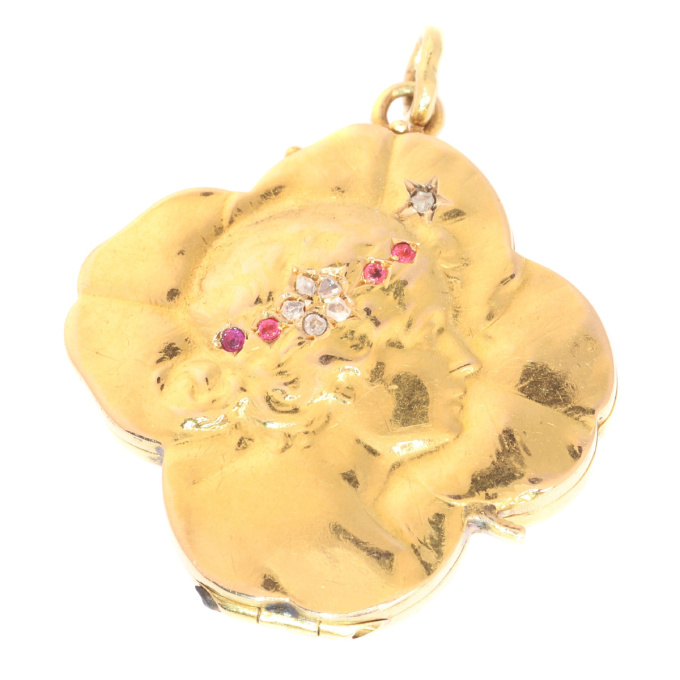 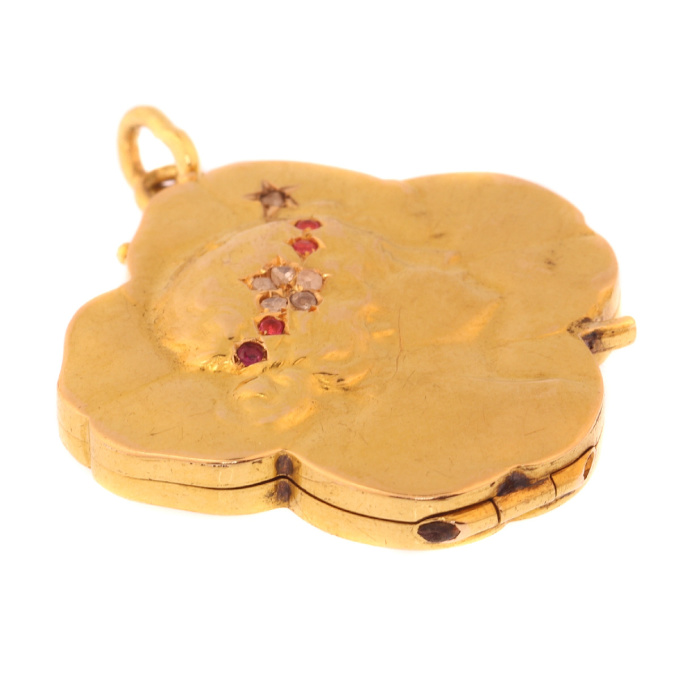 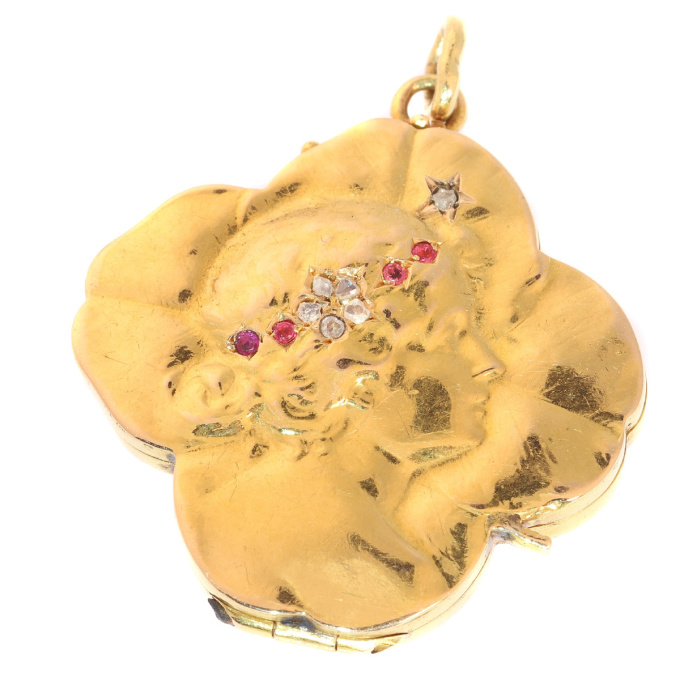 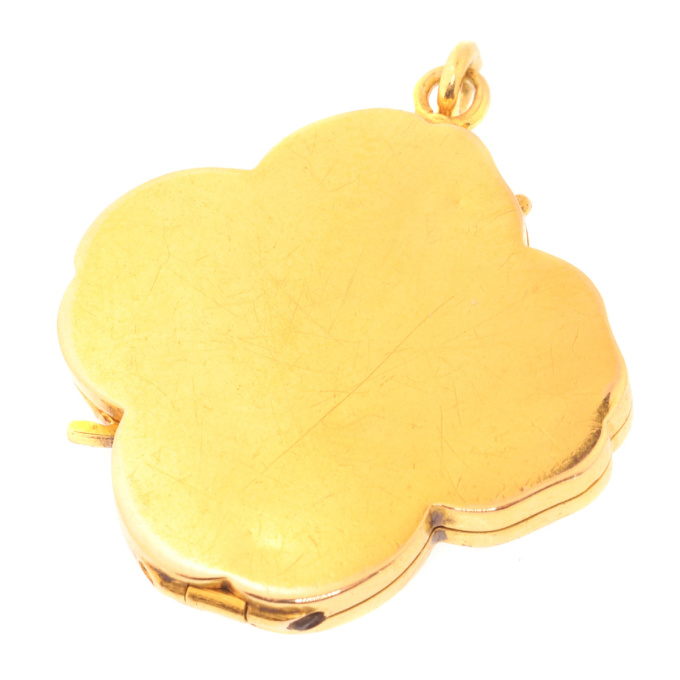 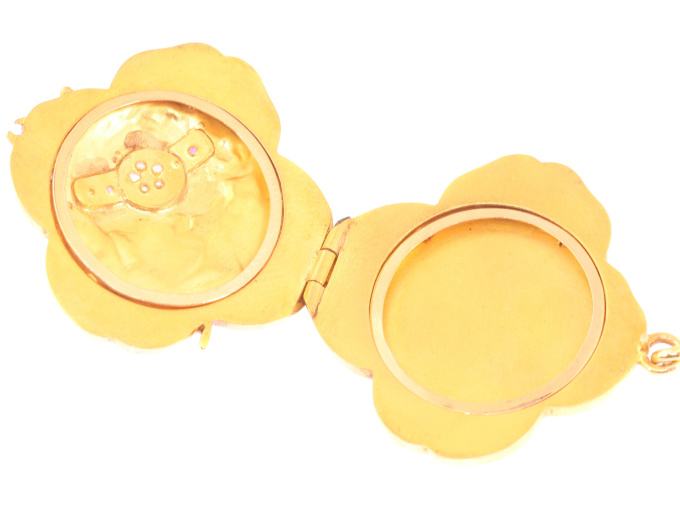 Theme: Four leaf clover - The clover became famous around 1,600 years ago, because, it was said that Saint Patrick in 452 AD stepped from the cathedral in Ireland on Easter morning, stooped down and picked a shamrock. He showed it to the crowd of parishioners, and then said, "This Plant represents the Father, the Son and the Holy Spirit!" Since that time, the three leaf shamrock has become world famous! Around this time when clovers were made popular, the rare four-leaf clover also became popular and wasconsidered to be lucky.

Diamonds:Five senailles. A senaille is a simplified rose cut diamond, a small diamond chip with perhaps a few polished facets. We do not have the weight of these diamonds which is normal in our trade when it comes to senailles.

Precious stones: Four little rubies. We did not check if the rubies are lab produced or not as this information has no influence on the value of this jewel. Natural rubies and lab produced rubies were both used in this era, rather more for their effect then for their intrensic value.
-  (more info on precious stones)