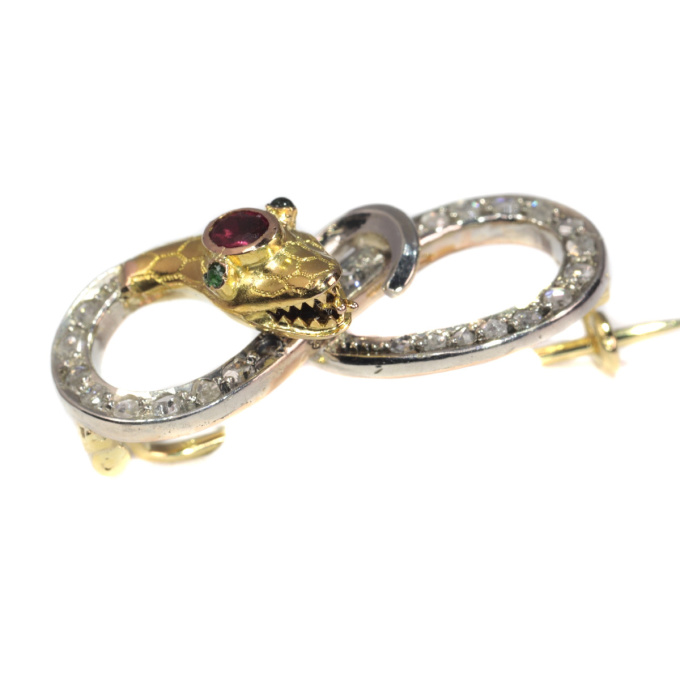 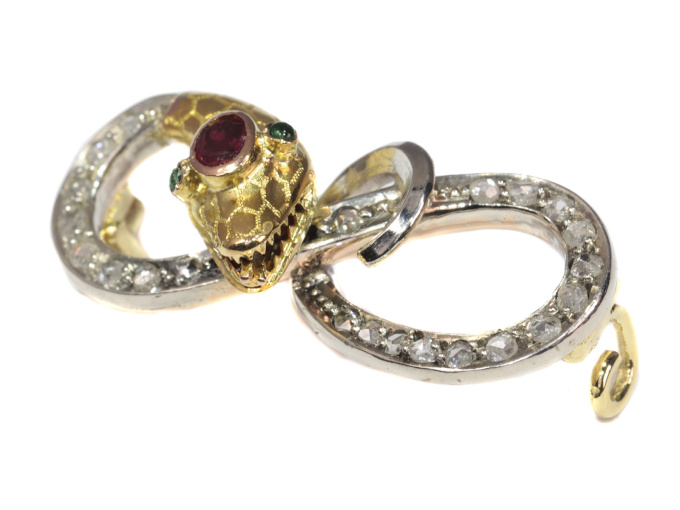 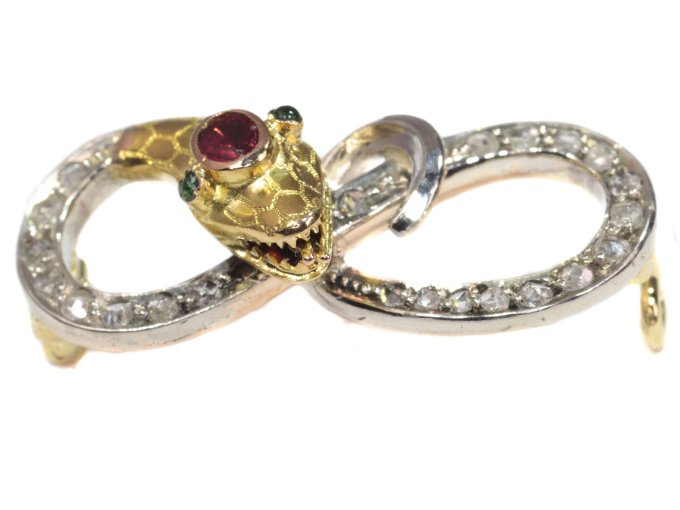 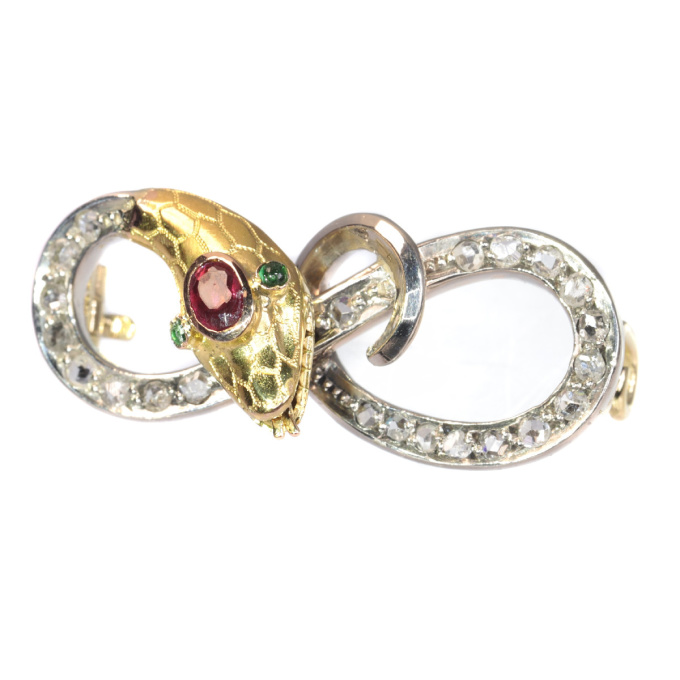 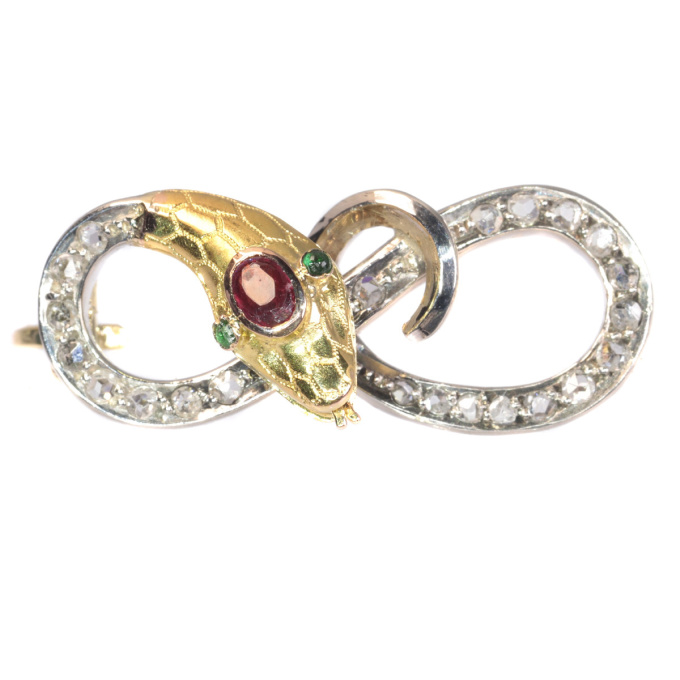 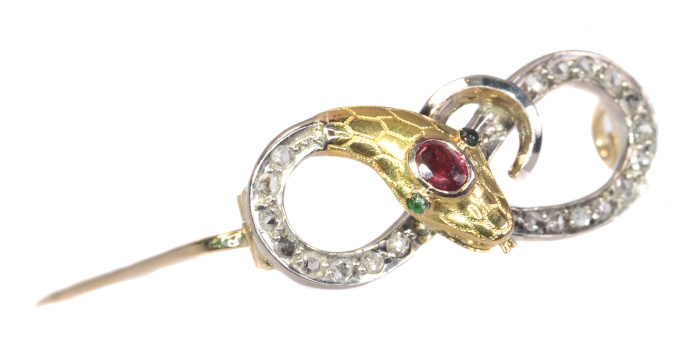 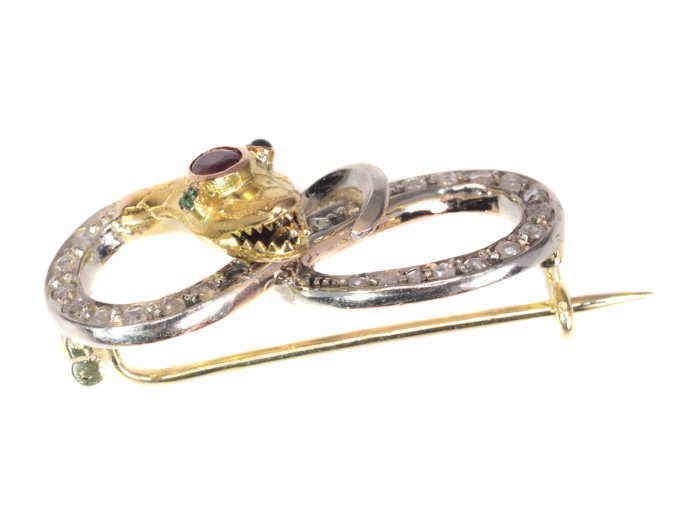 We have all diamonds screened by the IJGC - lab (www.ijgc-worldwide.com) for whether they are natural or synthetic, and all diamonds in this jewel are 100% guaranteed to be natural!

Precious stones: Two green and one strass stones(also called paste) as imitation for ruby and emeralds

Birthstones: Diamond is the birthstone (or month stone) for April, emerald for May and ruby for July.
-  (more info on birthstones)