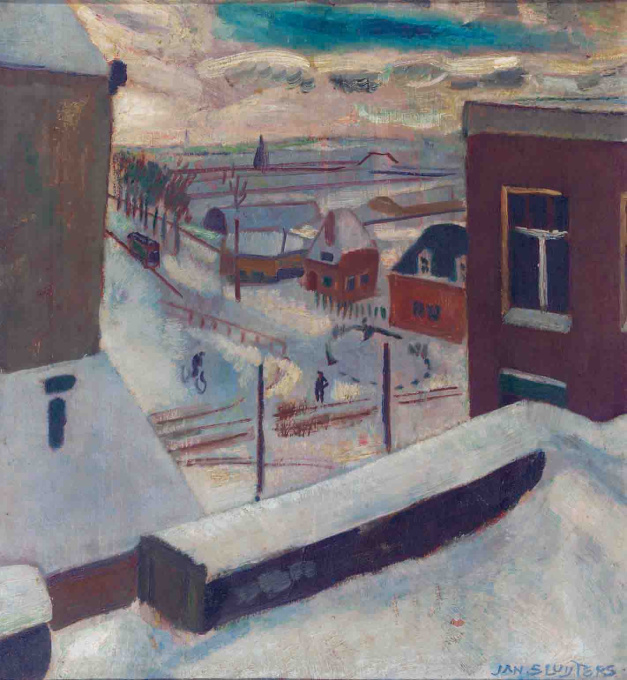 View on the Amstelveenscheweg during winter 1925