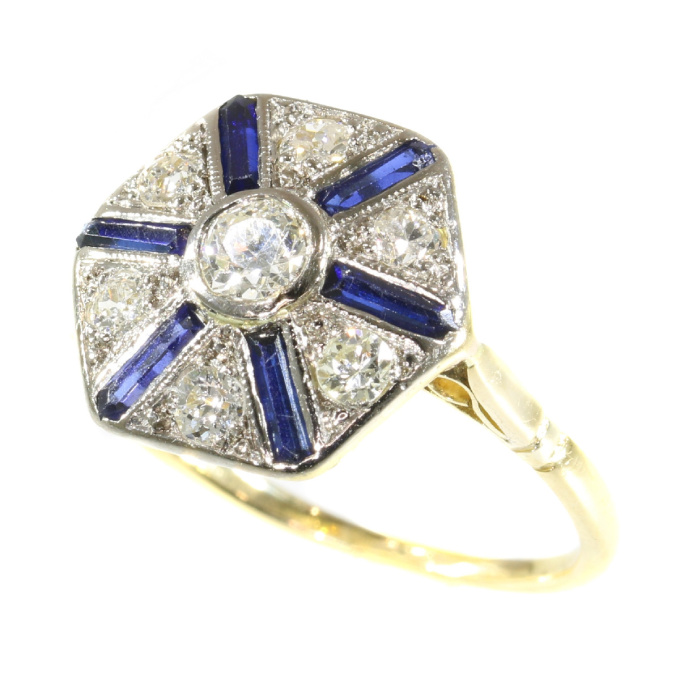 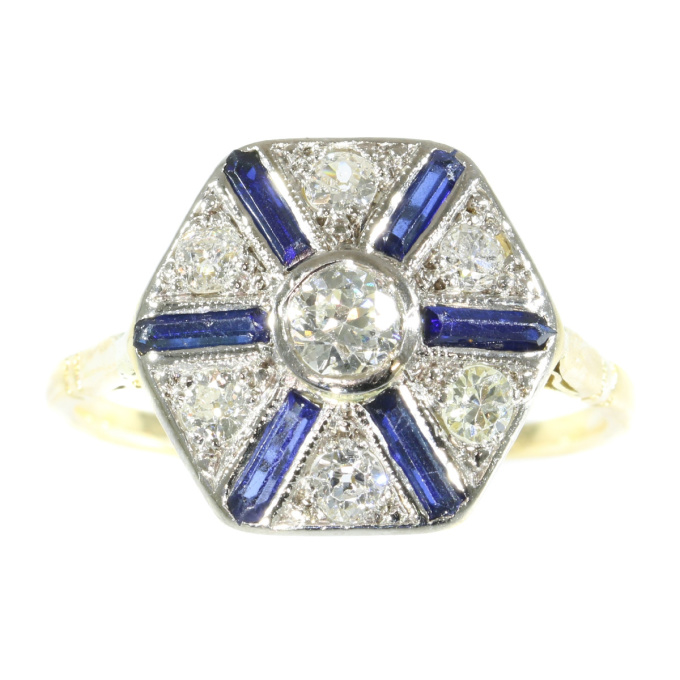 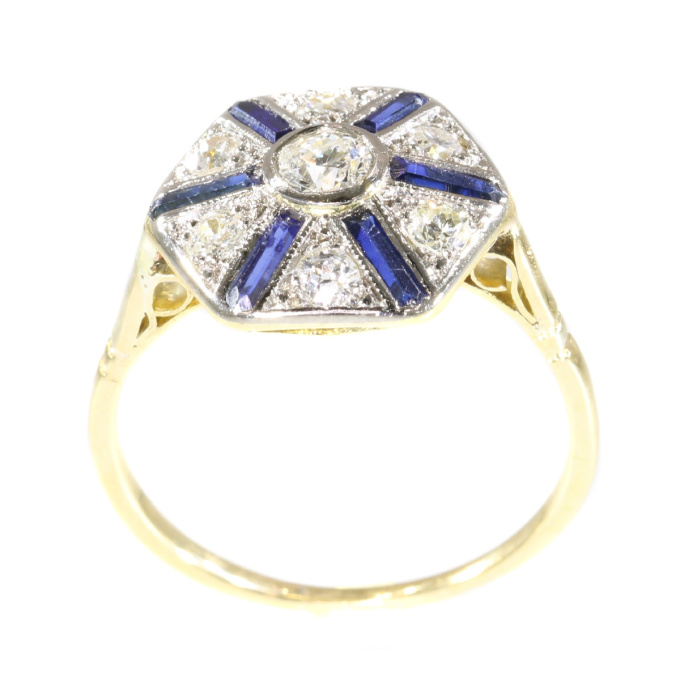 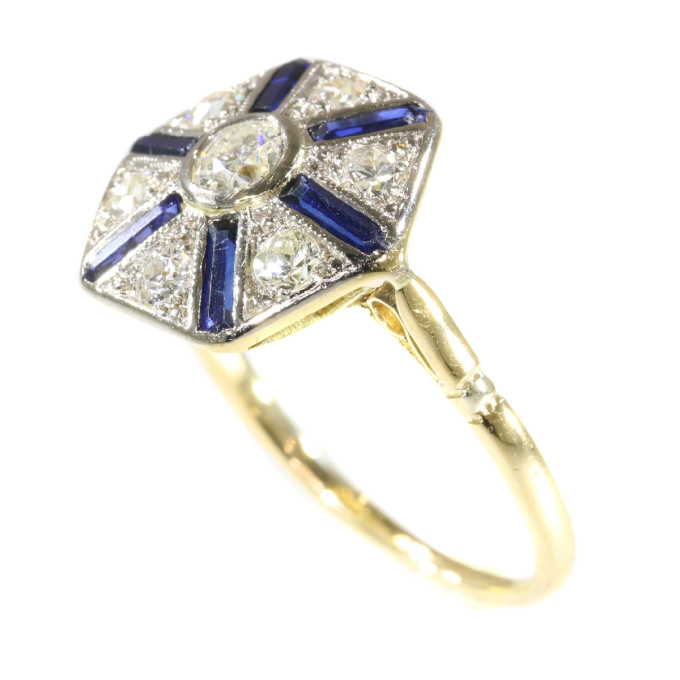 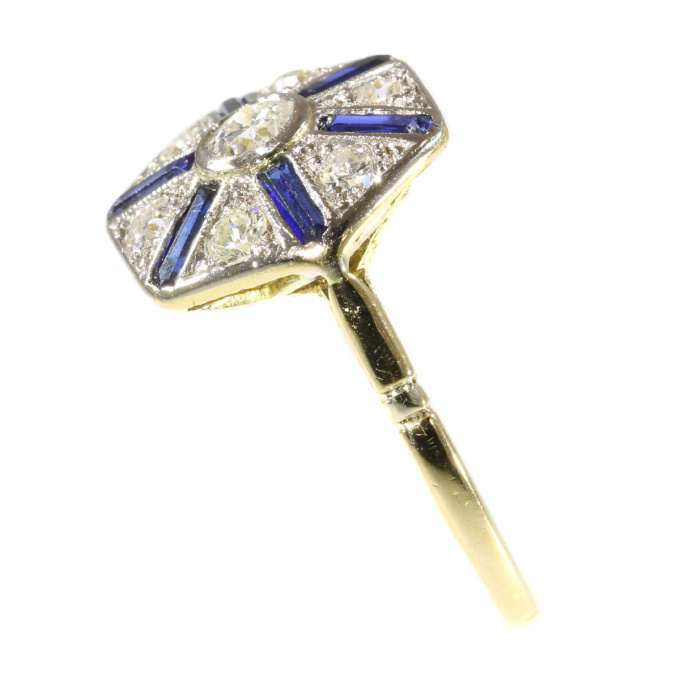 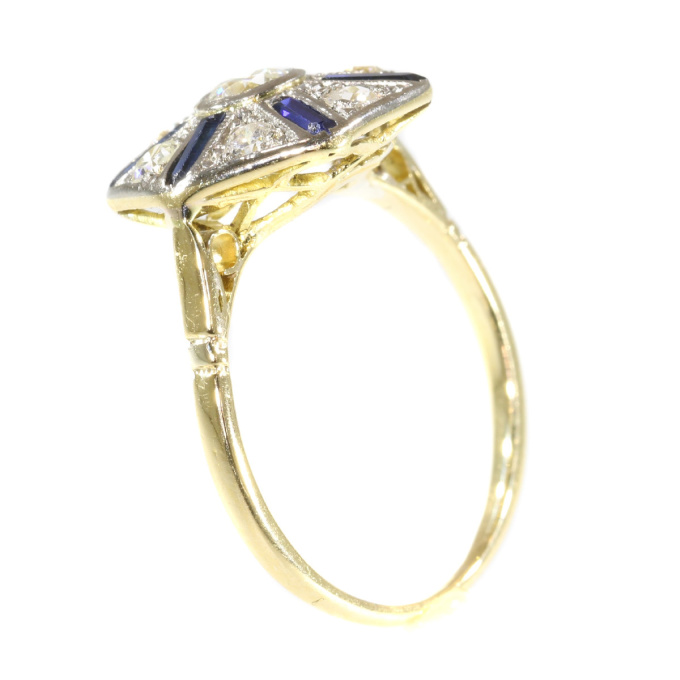 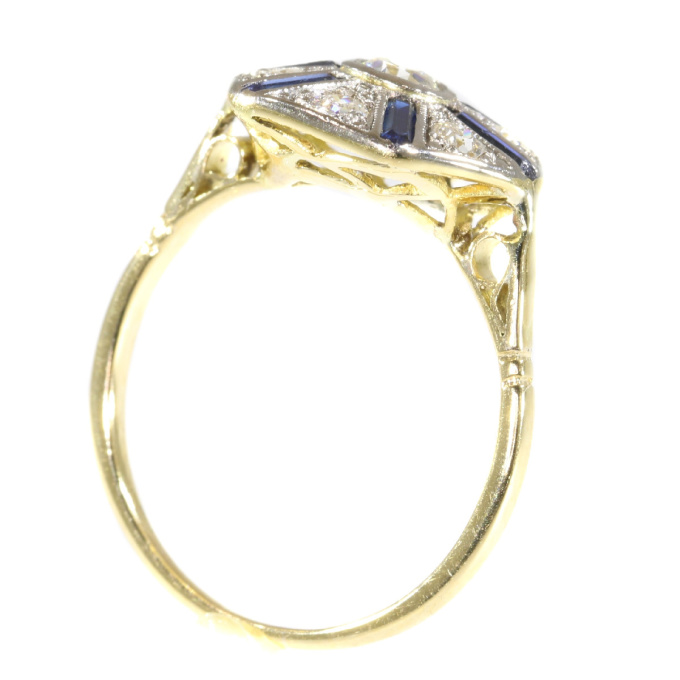 Precious stones: Six sapphires (lab produced) (also called verneuil sapphire). The fact that these stones are lab produced has no influence on the value of this jewel. Natural sapphires and lab produced sapphires were both used in this era, rather more for their effect than for their intrinsic value.