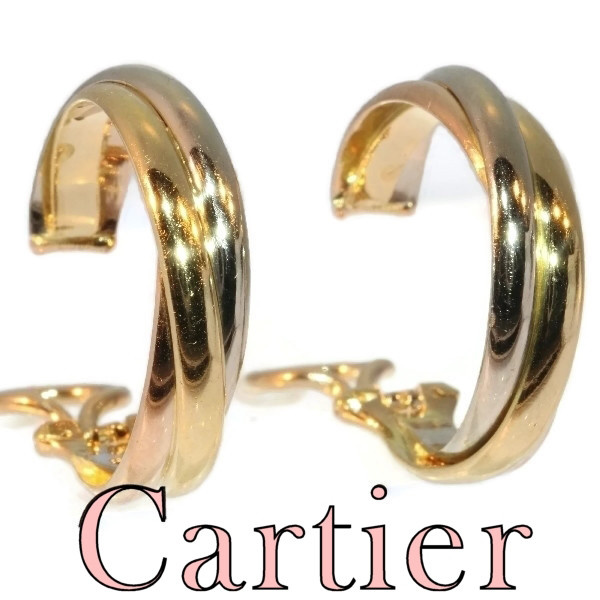 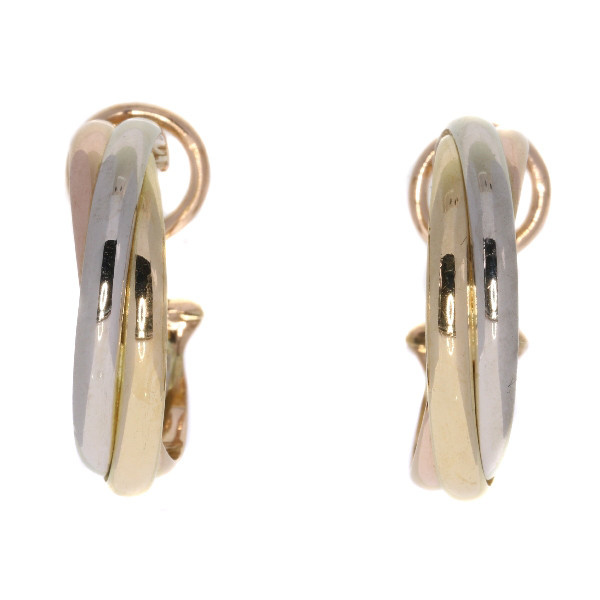 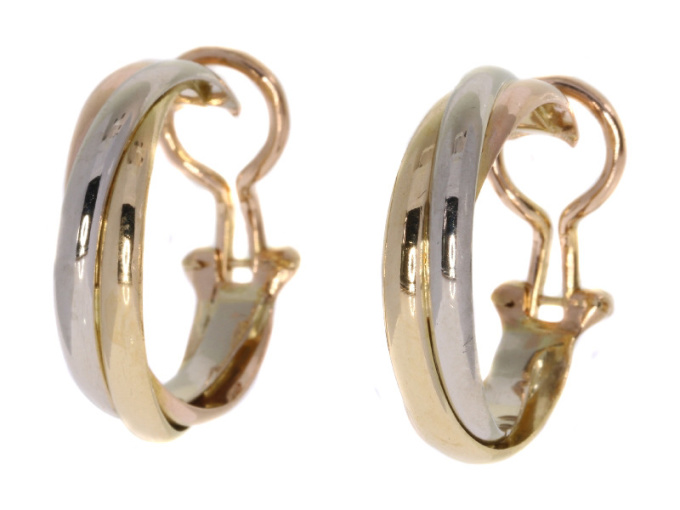 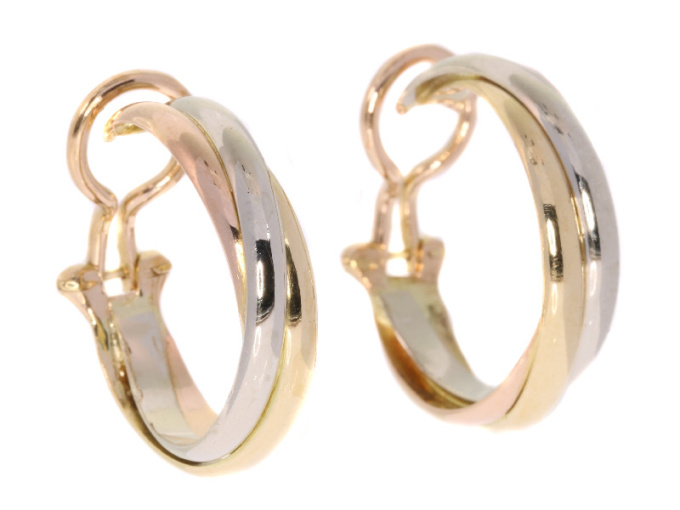 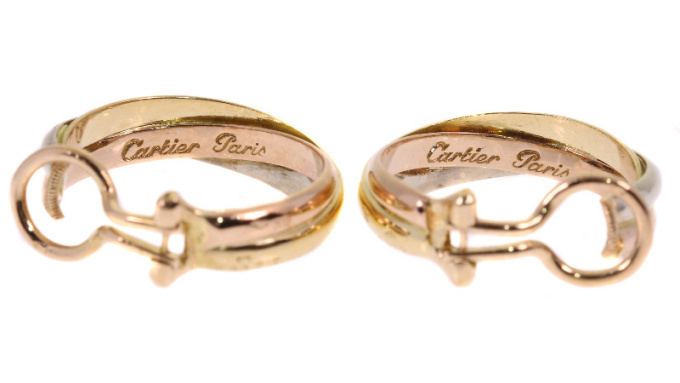 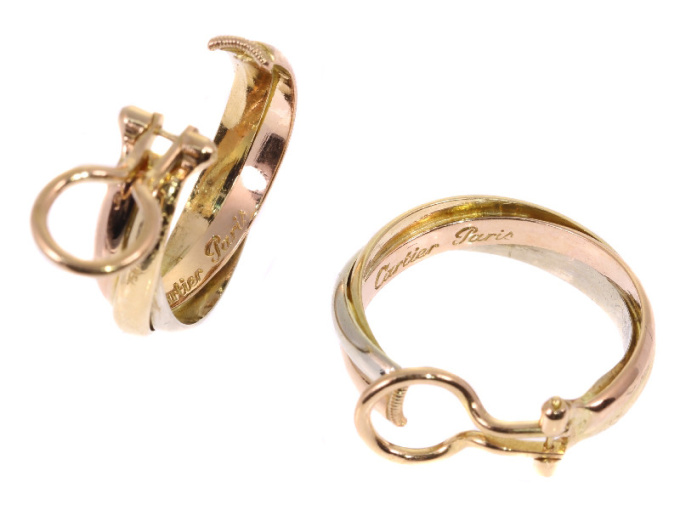 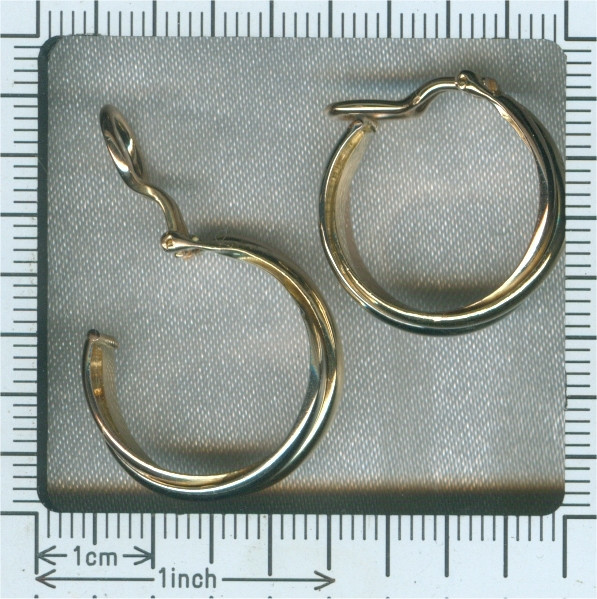 Theme: The Cartier trinity line - Springing from the imagination of Louis Cartier in 1924, this movable ring was made of three interlaced bands of yellow, white and pink gold. A symbol of style and elegance, this signature ring won the hearts of both women and men, counting Gary Cooper and the famous poet Jean Cocteau among its famous fans. (From: the Cartier website)

A group headed by Robert Hocq (1917-79)acquired from the Cartier family the branches in Paris (1972), London (1974), and New York (1976). Hocq was Managing Director until his death when he was succeeded by his daughter, Nathalie (b. 1951),who since 1974had headed the high-fashion jewelry department and promoted the boutique collection of jewelry known as Les Musts'.

Originally the firm made jewelry of enameled gold set with gemstones, which attracted a prestigious clientele, including French royalty and the future Edward VII;in recent years it has greatly expanded into new types and styles of jewelry, and isextending its world-wide operations.