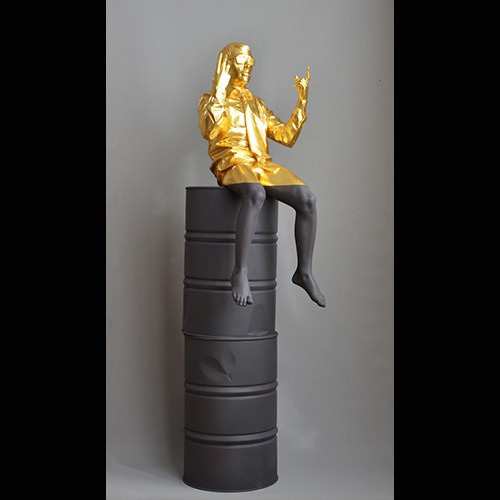 Where Has The Stockbroker Gone 2016

Willy Verginer was born in Bressanone Italy in 1957. He attended his art studies in the small village of Ortisei. Aged 17, he decided to dedicate himself to sculpting, more specifically woodcarving, a tradition that exists in the Gardena valley since the 18th century.

His remarkably real human figures that radiate both power and fragility he constructs of independent panels that he dried for a period of 6 years to avoid later cracks in his works. From these compiled wood panels he composes his sculptures.

Verginer represents the human body in all its simplicity and in the context of the prozaic contemporary. Many of his works go back to the strength of nature, the landscapes from his youth in which the tree claims his central role in both human figures as well as their houses.

In 2015 Willy Verginer is listed in the top 10 of most influential Italian sculptors.