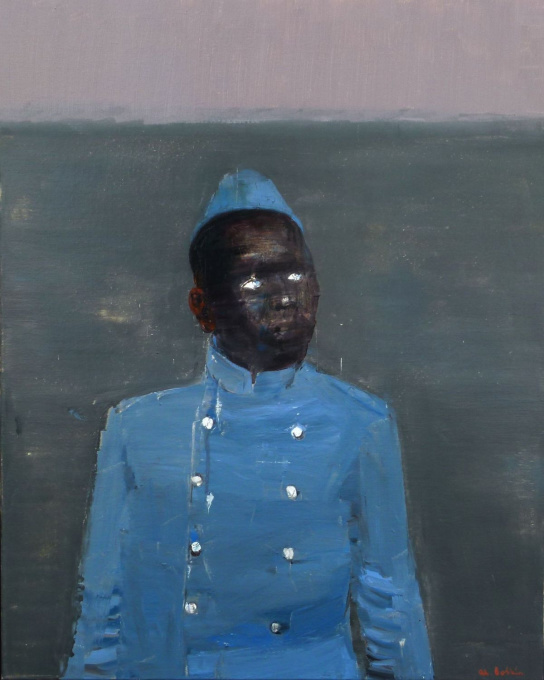 Traveling in the mind, this is the subtitle of Alexander Bobkin's book. In that book is a self-portrait with jokercap from 1987. At the height of his fame in the then Soviet Union, this artist makes a fool of himself. Do not take yourself too seriously, that's a sensible way of life. It sets you free. And freedom is a condition for the artist. The traveler in the mind can go and stand whereever he wants. An intriguing, enigmatic world, manipulated by the painter in brilliant compositions and warm colors.

The artist Alexander Bobkin (1952, Novokuznetsk, Russia) was born in Siberia and visited the Arts Academy of Jaroslavl. Bobkin is a traveller who prefers visiting areas that are still unknown. His paintings have been collected by the Museum of Modern Art in Novokuznetsk, the Kemerovo  Regional Art Museum and the State Museum of Oriental Art in Moscow.

In 1990 he arrived in the Netherlands and settled near the river Waal in Nijmegen, the Netherlands. Now, he is an artist coming from a country that no longer exists: the Soviet Union. Bobkin gives a fascinating view of a mysterious and sometimes secret world which is very different from his new homeland. His artworks reflect the vastness of Siberia in which one can travel for days without the landscape changing much or where there is little chance of meeting anyone.