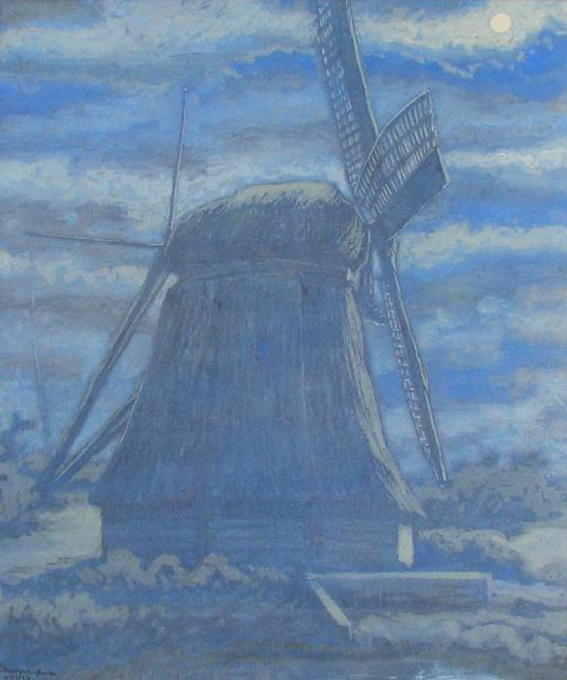 Van Schoonhoven van Beurden became an art history teacher at the Amsterdamse Lyceum. He taught Ali Alsema, Cornelis Postma, Riek Palache and Jelle Troelstra. Furthermore he was a member of 'De Onafhankelijken' in Amsterdam, this group is the Dutch version of Salon des Indépendants from Paris. They are known for their exhibitions without a jury to stand up to the prevailing view in art and culture, the group aimed for more freedom in art.

In the summer van Schoonhoven van Beurden stayed in the Netherlands, he travelled to the south of Limburg, Utrecht and het Gooi. In the winters he travelled to Switzerland and Austria. He died in 1963 at the age of eighty in Zuidlaren.