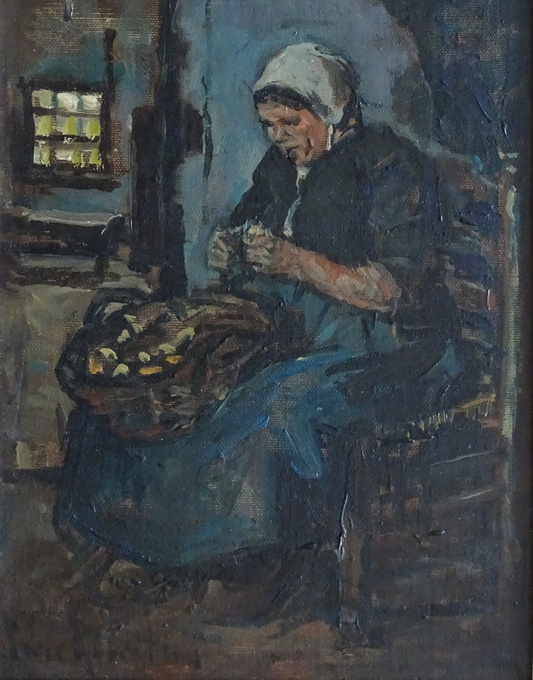 Suze Robertson studied at the Koninklijke Academie van Beeldende Kunsten between 1874-1877. She belonged to the Amsterdamse Joffers group. The Amsterdamse Joffers was a group of women artists in Amsterdam who met weekly in the last quarter of the 19th century to paint and show their works together. They were known for their style that followed the example of the Amsterdam Impressionists, and were all members of the Amsterdam artist societies Arti et Amicitiae and Sint Lucas, and most followed the lessons by professor August Allebé of the Rijksakademie van beeldende kunsten of Amsterdam.
Until 1882 she taught drawing lessons for girls in Rotterdam while taking lessons on Sundays from Petrus van der Velden in The Hague, and after that chose a career as an artist, her works of simple people in farm interiors and rough scenes of farm life are reminiscent of Van Gogh's early The Potato Eaters and it is said they admired each other's work.
Suze married in 1892 the painter Richard Robertson and in 1922 she died in her hometown The Hague.
Suze never dated her works.