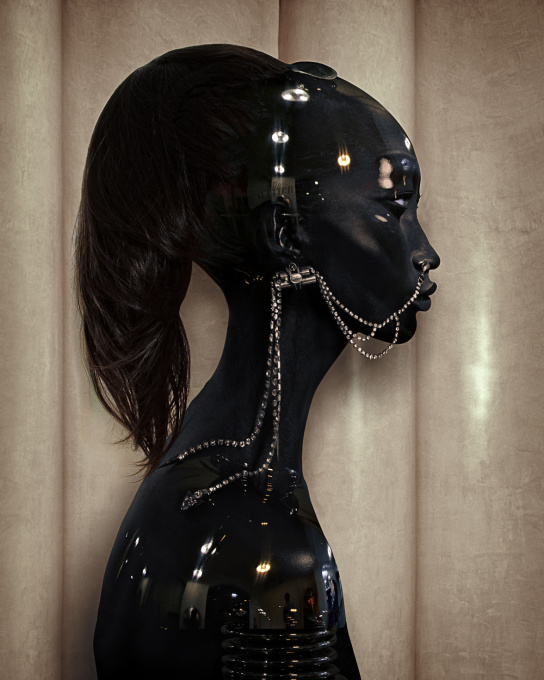 In his artistic work, the Dutch photographer Edland Man, who worked for magazines like Vogue and Vanity, uses digital techniques to emphasize the fluidity of bodies. In his art series 'Metals' (2002) and 'Liquids' (2011) and the new series 'You-Wells' (2016), he offers a kind of subcutaneous look into mechanisms and flexibility inside bodies.
In the new series 'You-Wells', the bodies are fused with labels of luxurious contemporary gadgets and popular upscale fashion brands. By playing with the visual language of advertising campaigns by luxury labels and exaggerate them, the question arises whether the triptych which the artist has put down with these three series leads to a surrender or takes critical turn against fashion.

Edland Man (1957) was born in Utrecht, he moved to Groningen when he took classes at the Minerva Academy of Art there. He was inspired by fashion and therefore he specialized in painting, photography and fashion illustration. In his final year of his study he went to Milan, where he had the opportunity to work for the Italian Vogue as printmaker for three months. After he finished his study in Groningen he moved to Milan. He first concerned on illustrating, but became more and more intrigued with photography. Now he focusses mostly on photographing.