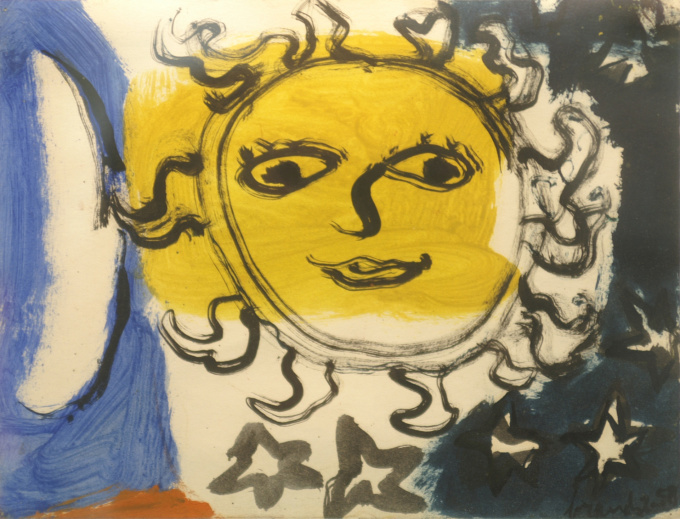 At the time when Appel and Constant were still at art school, Brands was making spontaneous Surrealist drawings by smudging, flicking and pouring ink on paper. In 1946 he participated in the ‘Jonge Schilders' exhibition at the Amsterdam Stedelijk Museum.
Through his fellow exhibitors, Appel, Corneille and Rooskens, he became involved with the Nederlandse Experimentele Groep, from which was formed the CoBrA movement in 1948. What united these painters was a strong desire to express themselves freely and spontaneously.
After a period of painting typical Cobra motifs like mythological creatures and fish, from 1961 on Brandt began working in a style that became known as Lyrical Abstraction, painting large areas of colour that appear to be made of an ephemeral substance.