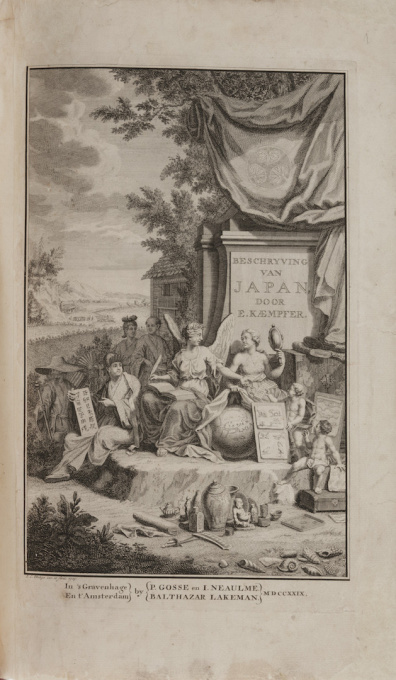 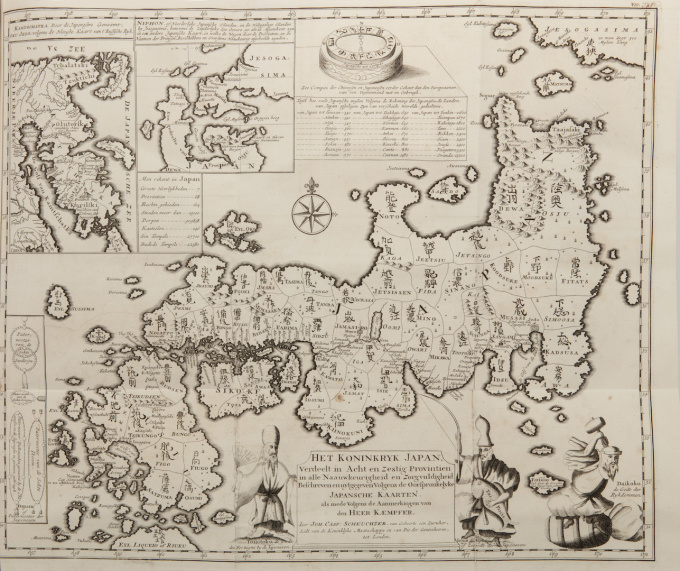 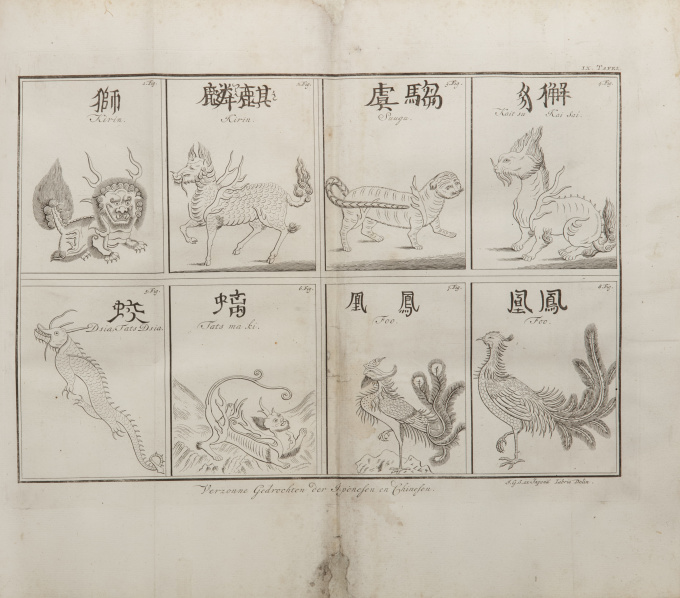 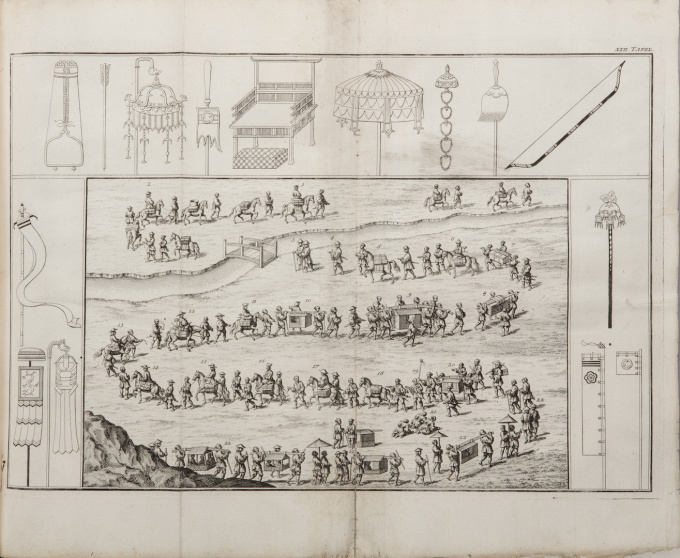 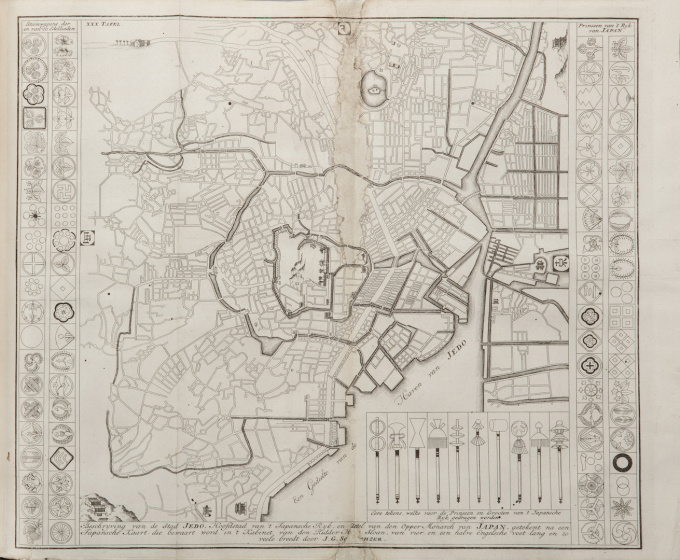 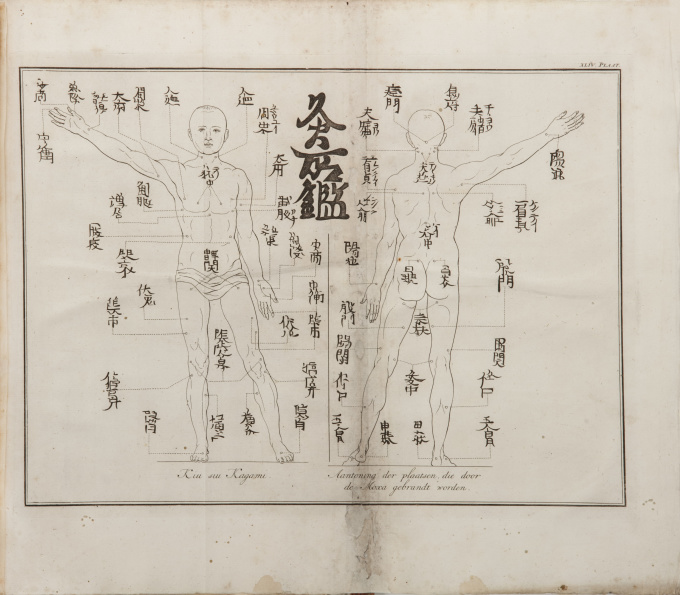 
In a modern slip-case. Original marbled cover, spine replaced. With some restorations.

​Note:
Engelbert Kaempfer, born in Germany, was a physician, medical doctor, naturalist and world traveller. In 1683 he departed on a trip via Moscow to the court of the Shah of Persia in the company of a Swedish delegation. There he joined the VOC as ship’s doctor, and by way of India went to Batavia, the VOC headquarters in Asia. In Batavia he studied all available sources of Japan he could lay hands-on, and in 1690 got his chance to go to Japan where he stayed till November 1692 in the Dutch trade-post on the small island of Deshima in the harbour of Nagasaki. During his stay in Japan, he twice accompanied the “Opperhoofd”, head of the trading post, on his court journey to the Shogun in Edo (Tokyo). On these trips, he observed and made notes on the history, society, politics and religion, as well as flora and fauna of Japan, and he also made many sketches for the illustrations in his books. Thanks to his training in many topics such as mathematics, astronomy, natural science and medicine, Kaempfer was the first Western person with a scientific approach to countries in Asia, which were so different from Europe. Gifted with excellent observational capacities, he recorded everything he saw in great detail in writing and drawing. His descriptions of the audiences with the Shogun also clearly show the enormous hunger of the Japanese for information about Holland and the Western world. The Shogunate at that time was bent on not allowing any geographical information on Japan to go out of the country. By adding descriptions in Arabic to his drawings, Kaempfer got away with it.
After his return to Holland in 1693 Kaempfer first wrote his thesis and received his doctorate from the University of Leiden in 1694. After that, he returned to his native Germany where he was employed as a medical doctor and devoted much of his time to writing his book “Das Heutige Japan”. He was unable to find a publisher, and after his death in 1716, all the material he had collected and his manuscript went to his nephew who due to financial problems sold everything and subsequently it was acquired by the collector and physician Sir Hans Sloane, who asked his young Swiss librarian Johan Caspar Scheuchzer to translate the German manuscript into English. Scheuchzer, not being a native English speaker and not being very sympathetic towards Kaempfer’s positive attitude towards Japanese social and heretic religious systems, made various changes and eliminations to the original manuscript. The present Dutch translation was based on Scheuchzer’s English edition.

Nevertheless, upon its first publication in 1727 “The History of Japan” was an immediate success and with its 12 editions in a short time and the translation into French and Dutch, must be considered an absolute best-seller.