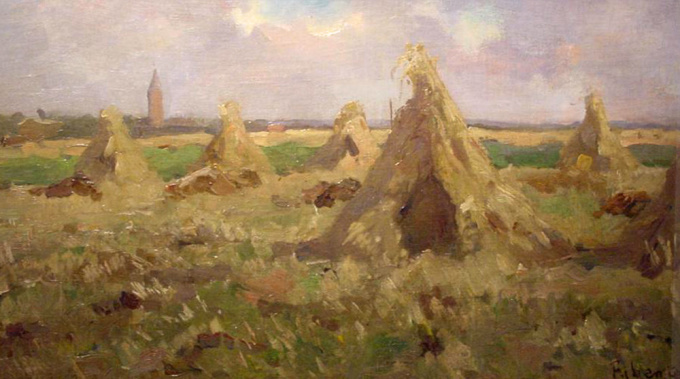 Haystacks near the village Huizen, Netherlands