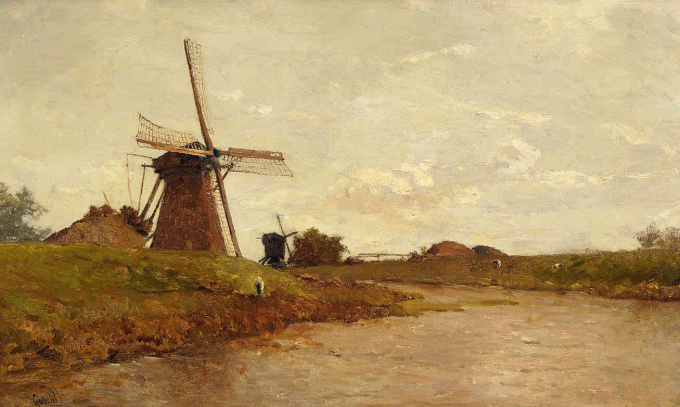 Constan Gabriel (for a long time erroneously known in literature by his first name Paul) is sometimes referred to as the definitive painter of Dutch polder landscapes. He learned to paint directly from nature in the village of Oosterbeek, near Arnhem, where he stayed for a time with J.W. Bilders and J.H.L. de Haas. Between 1860 and 1884 he lived in Brussels, often returning from there to paint the Dutch lakes and polders. Up until the 1880s this was usually the area around Kortenhoef, Abcoude and Vreeland. After he began living in Scheveningen in 1884, he worked mostly around The Hague. Ultimately, Gabriel evolved into one of the pre-eminent painters of the Hague School.