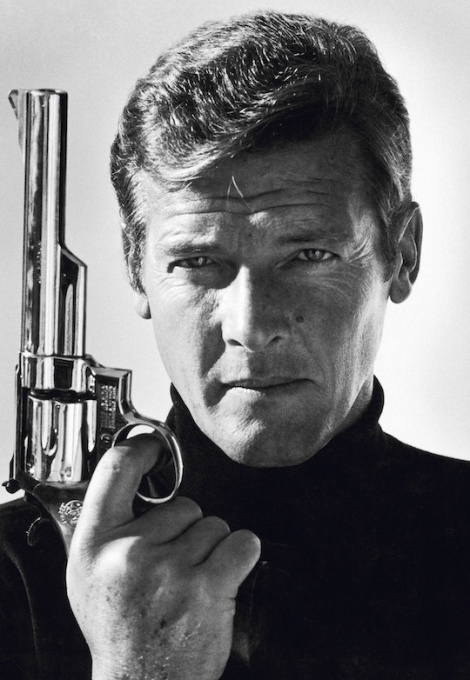 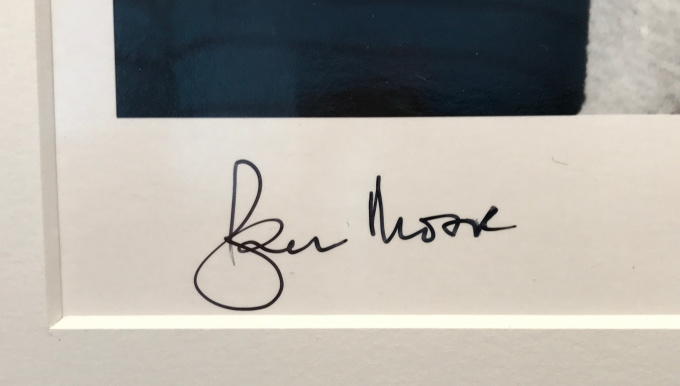 British actor Roger Moore poses with a gun as James Bond. Publicity shot from 1973, for his first Bond movie: Live and Let Die. It's the only time Bond used this type of gun, a Smith & Wesson Model 29.