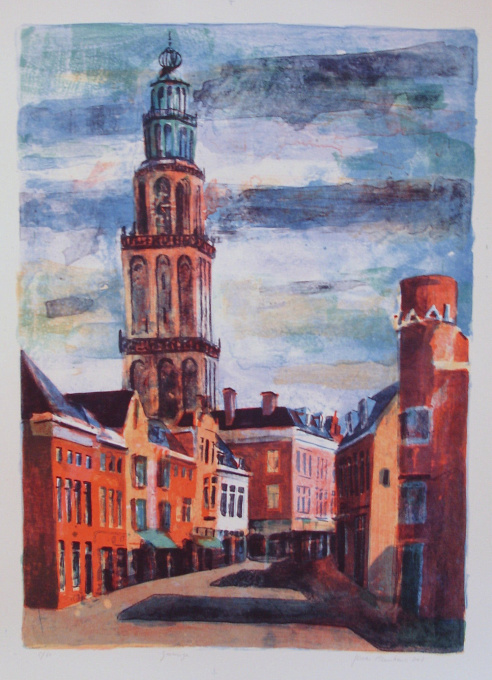 Jeroen Hermkens is a Dutch lithographer and painter. He is known for his cityscapes. in 1996 he received the Dutch Grafiek price and in 2006 he became the Artist of the Year (Netherlands).

He studied at the Academie voor Beeldende Kunsten at Utrecht from 1979-1984. He also worked in the Atelier lithografique Champfleury in Paris.

Hermkens has a studio in Utrecht where he lives and works.