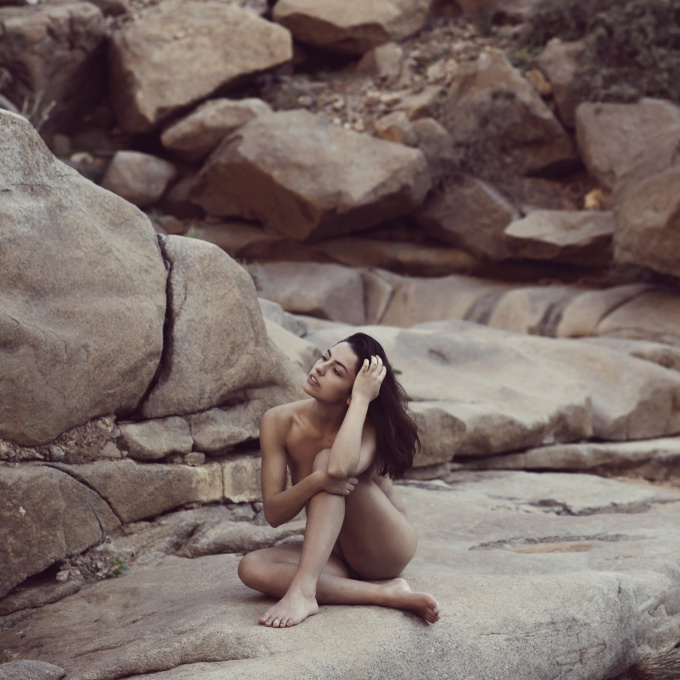 Rene de Haan (1960), resides and works in Amsterdam. He’s a self-taught photographer, working as a freelancer since 1989. Starting off in architecture-photography, he coincidently enrolled into the Dutch film industry for which he began making publicity stills. He has made stills for some 40 Dutch shorts and feature films.
Since late 1999 Rene photographs glamour/nude pictures for Playboy Magazine, and nudes became his specialty. He has published in several magazines worldwide and contributed photos to some photo books. In 2013 he released his own photo book, “MOOI” (which is sold out now).
Most of his pictures featured in the collection of the Eduard Plantng gallery were shot on film.

I am a self-taught photographer, working freelance since 1989. Starting off in architecture-photography, I coincidently enrolled into the Dutch filmindustry for which I began making publicity stills. I have made stills for some 40 Dutch shorts and feature films.
Since late 1999 I take glamour/nude pics for Dutch Playboy Magazine, and since then I did more and more nudes. I have published in several magazines in Holland (Playboy, Men’s Health, JFK) and abroad (Black&White, Snoecks, FHM, Men’s Health Germany), and contributed pictures to quite a few photo-books.
In november 2013 I released my first own (152 page) photobook, “Mooi”, which is sold out now.
I also make portraits for (a.o.) actors, casting agencies and do modeltests. My portraits were published in Dutch magazines like Viva, Panorama, Qui Vive, Avanta and Elegance.
In 1995 I won a Kodak Camera D’Or Award for my portrait of actress Amanda Ooms.

Off course I shoot digital nowadays, but I started out with an analog Canon A1 and 500c/m Hasselblad. And developing my own films, and printing my own prints in my darkroom.
I don’t think I’m a glamour- or fine-arts photographer in the traditional way, I often say I make nude-portraits. Because it’s very important to me that there’s something typical of the model herself in the pictures, I never work with a pre-fixed image that I only just have to fill in with whatever goodlooking female body. My pictures always are a cooperation between me and the model.
I seldom book professional models for my uncommissioned work, and I love a natural look, natural beauty is important, so no heavy make-up or exaggerated styling! Most of my work is not or hardly retouched.
A location is preferred above studiowork, so the location can be a part of the whole image, and I can be surprised by the possibilities of the surroundings and the available light.
There is not a special ‘message’ in my portraits and nude pictures. What I’m trying to capture there is the beauty and ‘power’ of women…. ”