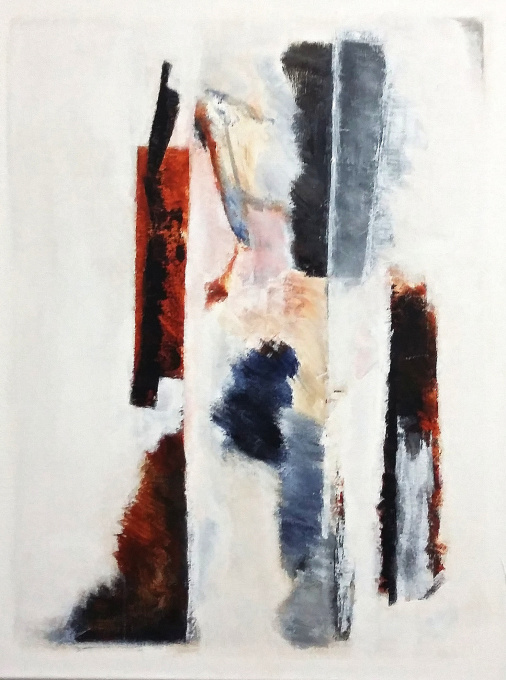 About the Artist - 40 more artworks

George De Decker was born in Asse, Belgium in 1951 and is a Belgian composer and visual artist. Sounds and visuals have always been connected within George De Decker's (1951) oeuvre. As a visual artist ánd composer, De Decker paints monumental canvases in an abstract pictorial language, using a restrained colour pallet. His compositions features rhythms of purely abstract impressions of landscapes, characterized by a robust and powerful signature.

De Decker wrote music for the IPEM (the Institute for Psycho-acoustics and Electronic Music) In Ghent from 1975 until 1980 under the supervision of Lucien Goethals. In 1980 he won the prestigious Tenuto composition contest for his work “Lineas y Puntos”. De Decker has composed for numerous film and television, theatre and dance productions and currently teaches Sound Design at the Royal Academy of Fine Arts in Antwerp and is a guest lecturer at the Royal Conservatorium in the same city.

Apart from being a composer George De Decker was triggered by the world of visual arts from a young age. He studied art history at the Royal Conservatorium in Antwerp and later studied painting at the Academy of Fine Arts in Anderlecht under Guy Leclerq. His work his been part of exhibitions, both group and solo, in many countries.