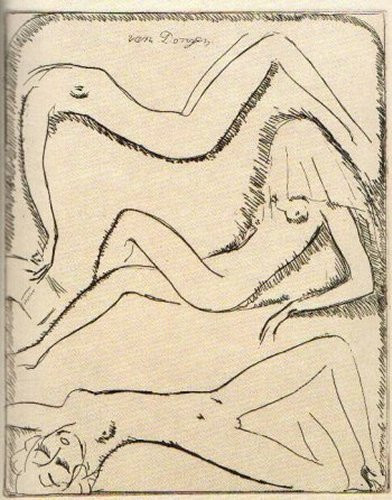 Etching, edition of 200, on orange paper and on white paper.
Unframed.