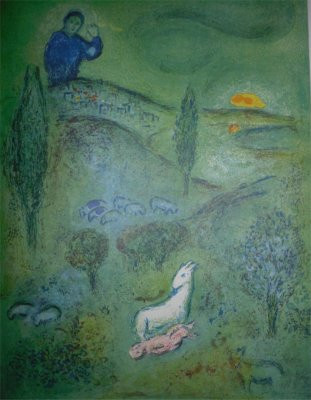 Original lithograph from Cahgall's most famous series Daphnis and Chloe.
Unsigned, from the book edition of 270.

About the Artist - 187 more artworks