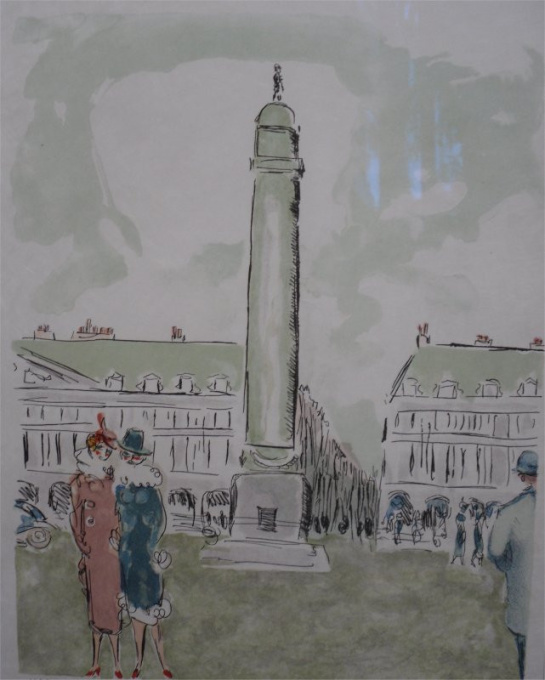 Original lithograph by Kees van Dongen, on Japanese paper, numbered, but without signature, framed with museumglass