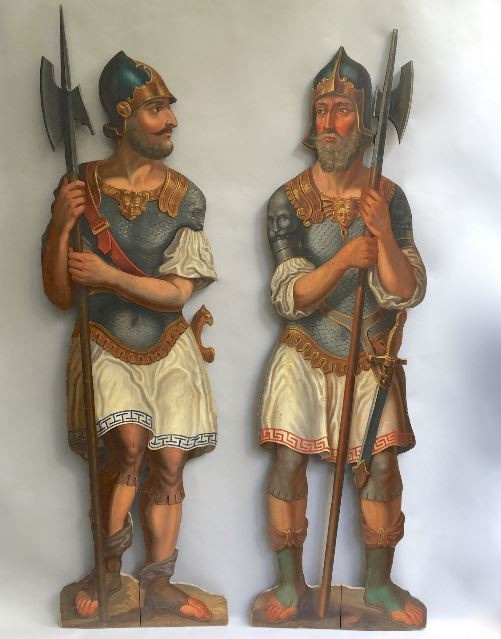 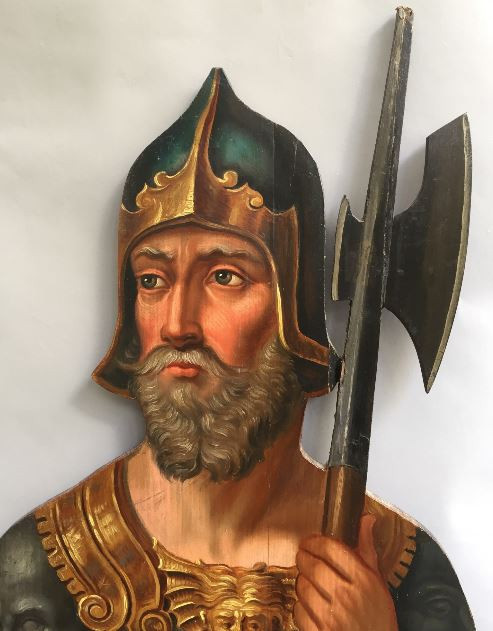 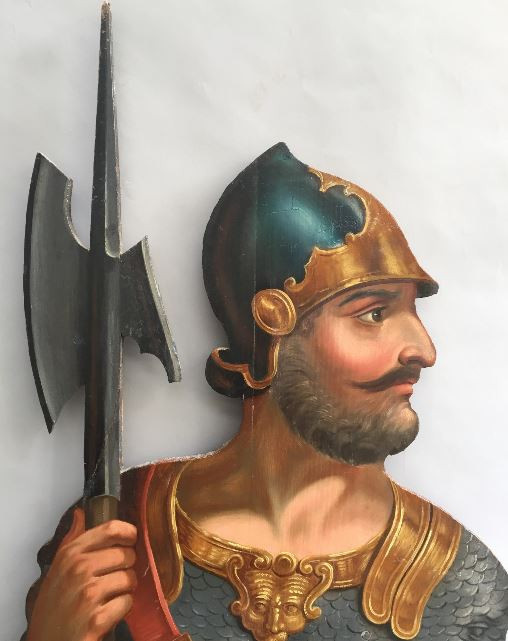 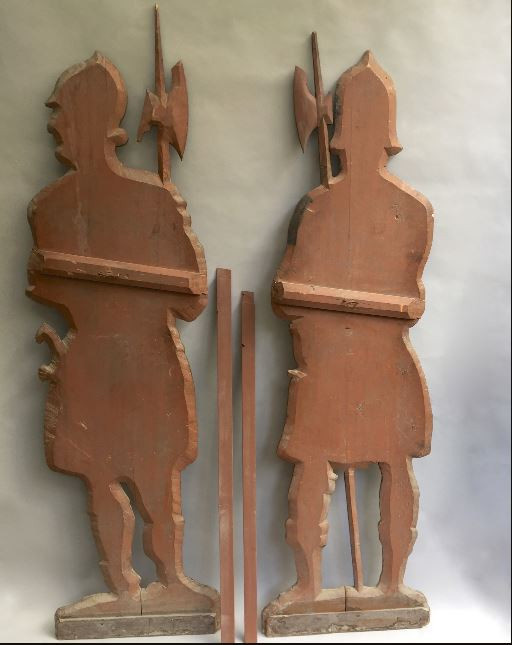 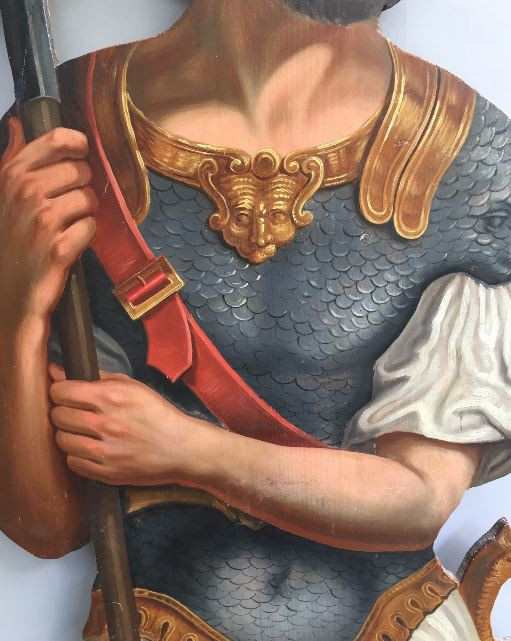 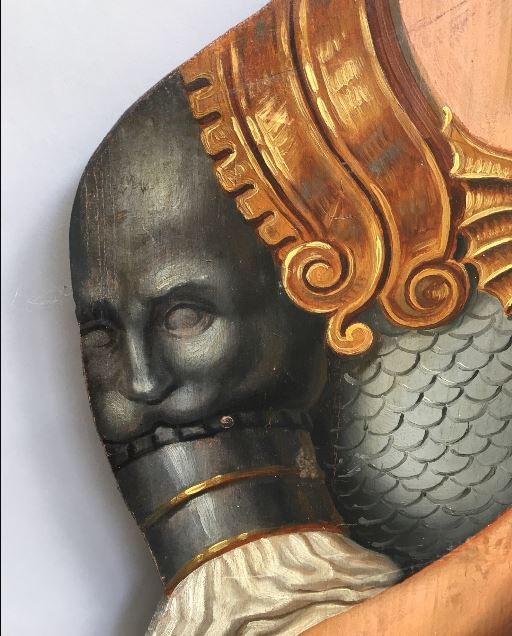 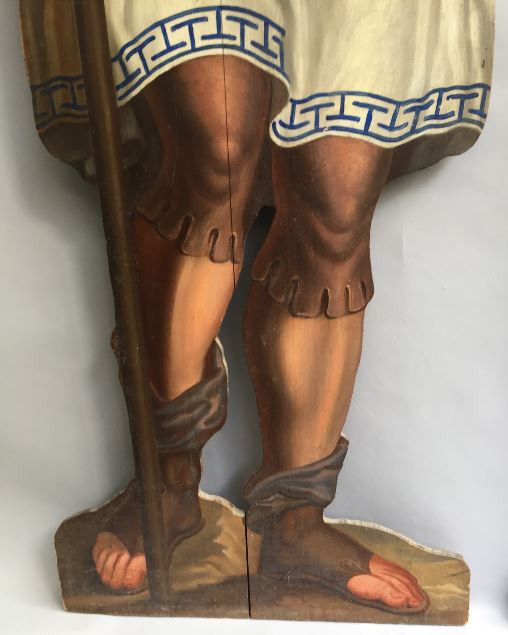 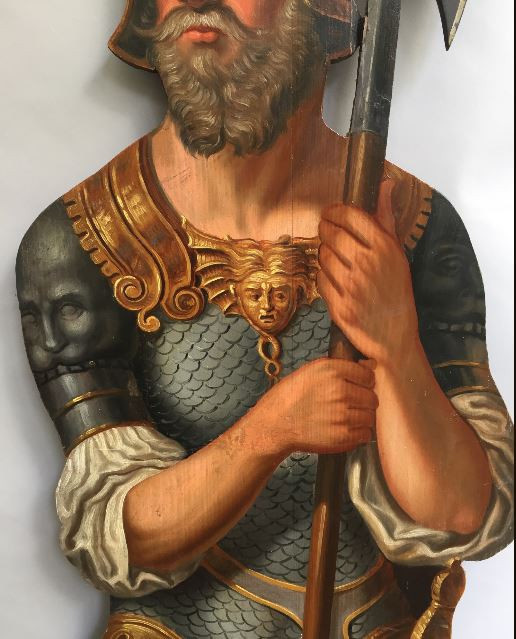 Two life-sized painted wooden soldiers or guards, with chamfered edges to increase the illusion of three-dimensions. On the backside an iron bracket is attached; the soldiers can stand freely by attaching a wooden rail into the bracket. Dummy boards were very popular during the 18th and early 19th centuries, especially in England's country houses. Their function is still a mystery. They certainly had a decorative function and could serve to entertain guests, but it is also claimed that they should call the suggestion that there were actually people in the house during the periods the family was traveling. The life-sized trompe l'oeil painted figures with representations of soldiers, servants, children or animals were placed in the hall, in a staircase or next to the fireplace. The equipment of these guards shows a mix of elements from the classical period, late Middle Ages and early Renaissance. For example, the halberd is based on a model from the late 15th or 16th century.
A few small repairs to the boarders and renewed rails to allow the boards to stand upright.