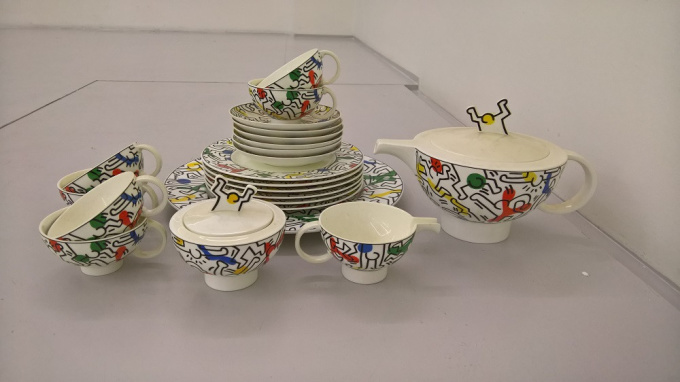 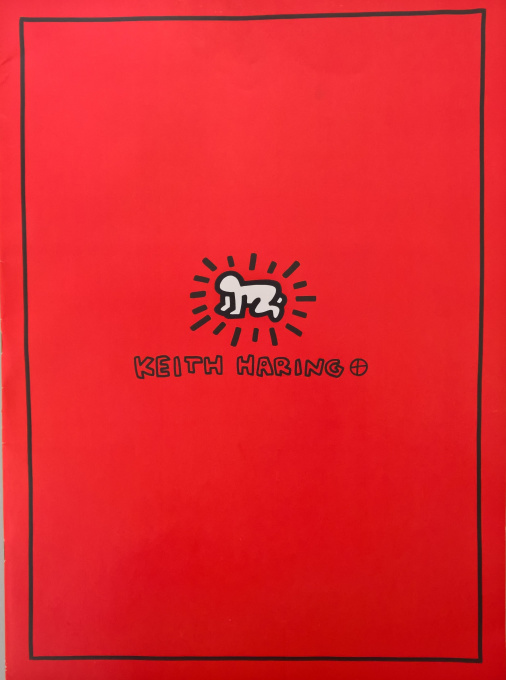 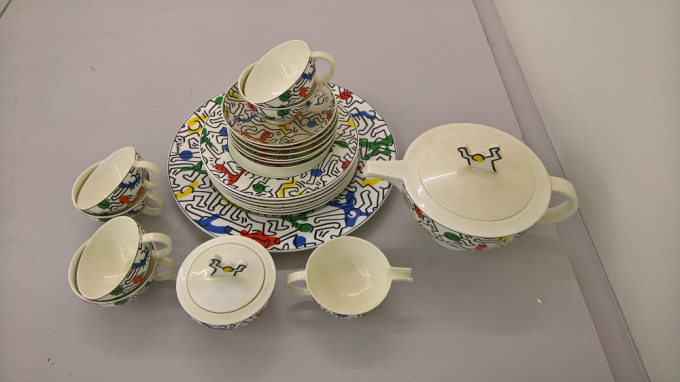 Keith Haring was an American artist and social activist whose work responded to the New York City street culture of the 1980s by expressing concepts of birth, death, sexuality, and war. Haring studied commercial art from 1976 to 1978 at Pittsburgh's Ivy School of Professional Art but lost interest in it. He made the decision to leave after having read Robert Henri's The Art Spirit (1923) which inspired him to concentrate on his own art. His first important one-man exhibition was in Pittsburgh at the Center for the Arts in 1978. He first received public attention with his public art in subways. His bold lines, vivid colors, and active figures carry strong messages of life and unity.

By 1982, Haring had established friendships with fellow emerging artists such as Madonna and Jean-Michel Basquiat. He created more than 50 public works between 1982 and 1989 in dozens of cities around the world. He got to know Andy Warhol, whose friendship would prove to be a decisive element in his eventual success.

Haring was openly gay and was a strong advocate of safe sex; however, in 1988, he was diagnosed with AIDS. With the rise of AIDS, Haring aimed to turn the message about the disease outward by presenting it through the joint lenses of political power, religious institutionalism, and anti-sexual morals.